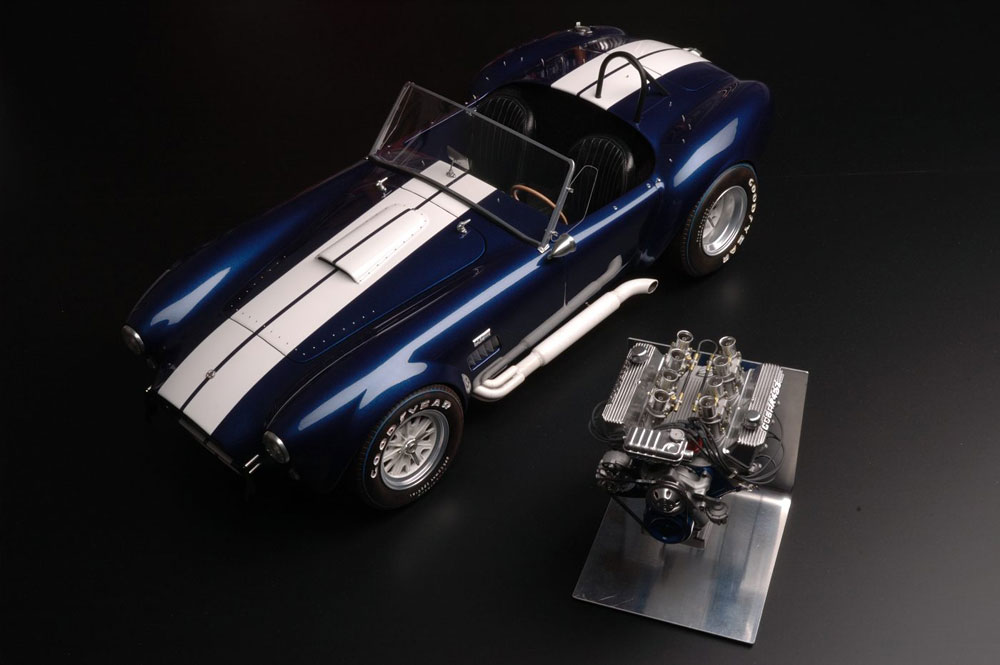 Editors note: A lot of readers seem pretty interested in the engine models we feature so we spoke with our friend Michael Philipp (aka Mad Mike) in Germany about featuring some of his extraordinary model engines. The following are Michael's comments regarding his immersion in the modeling hobby and why he loves building scale engine models. He makes use of current 3D prototyping technology to print many of his parts.  Don't we all wish we had his talent and spectacular collection of model cars and engines?

My name is Michael, and besides being a huge fan of beautiful cars and their engines I'm a professional patternmaker and engineer from Germany. I've built hobby models ever since I was a little boy, and after I learned professional model making I expanded my hobby quite a bit. In my old job I oversaw two 3D printing machines and that made me a big fan of rapid prototyping. Couple that with some CAD knowledge and practice in my current job, and you've got a good base for creating scratch-built models.

A few years ago I started building 1/8 scale cars, originally as accesoires for my figurines of the same scale. Needless to say, the cars soon took over in terms of building volume. Up until now I have built four of them:

All but the Corvette (which is a heavily modified Revell C4 kit) are completely scratch-built. I carve the bodys by hand out of polyurethane block material. Almost all of the detail parts from the tires to the mirrors are CAD designed and 3D printed. From those parts I make silicone moulds in order to use them on different cars. Since those models are curbside, meaning they have no engines or chassis installed, I had to make the engines as separate models. I like it more that way too, because you can see the whole engine block and all the details on it way better.

My first engine, a 1970 Porsche twelve-cylinder, took almost three years to design and build. It's made up of about 70 single parts, plus wiring. My following engines were made using 3D data from various marketplaces on the internet, where you can buy complete engines as datasets. I especially like Tony's models of American engines (see notes below).

One of those models is this  Ford FE V8 427 sideoiler engine with Weber carbs; the engine that Carroll Shelby chose for his semi-competition Cobras. Since I had already built one of those I figured it would be nice to have the engine as a stand alone model beside it. So I bought the virtual model from Tony and set it up for 1/8 scale 3D printing, using a specialized CAD software. The printing was done on a Objet machine, which uses a printing method similar to inkjet printers. Imagine a 3D geometry sliced virtually in many thin layers which are printed atop of one another by the machine, using a UV-light-curing liquid resin.

The printed parts usually need some cleaning and sanding, and then can be used directly for a model or for making silicone molds and casts afterwards. I chose to make silicone molds of all the parts to be able to build more engines sometime later. After casting a set of parts I painted them using mainly Alclad metal colors, which work very well, especially the matte aluminium one. A washing with heavily thinned oil paint was added for a weathering effect.

Some parts which are not suitable for printing were made by hand: all the ignition cables, connectors, hoses, v-belt and the dipstick. For display I made a base from aluminium sheet. All in all the model is made up of 32 parts, not counting plugs, fasteners and so on. 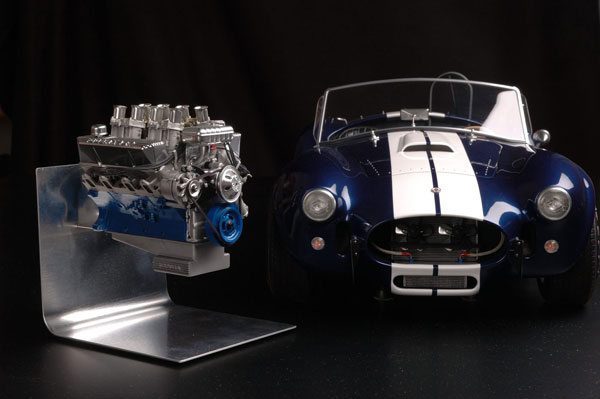 See Mad Mike's website for photos of his other models
www.detailed-models.de

Tony is a reference to a 3D modeler selling 3D data models at digital modeling sites like:
www.turbosquid.com
www.Creativecrash.com
www.the3dstudio.com