A Man and His Dream 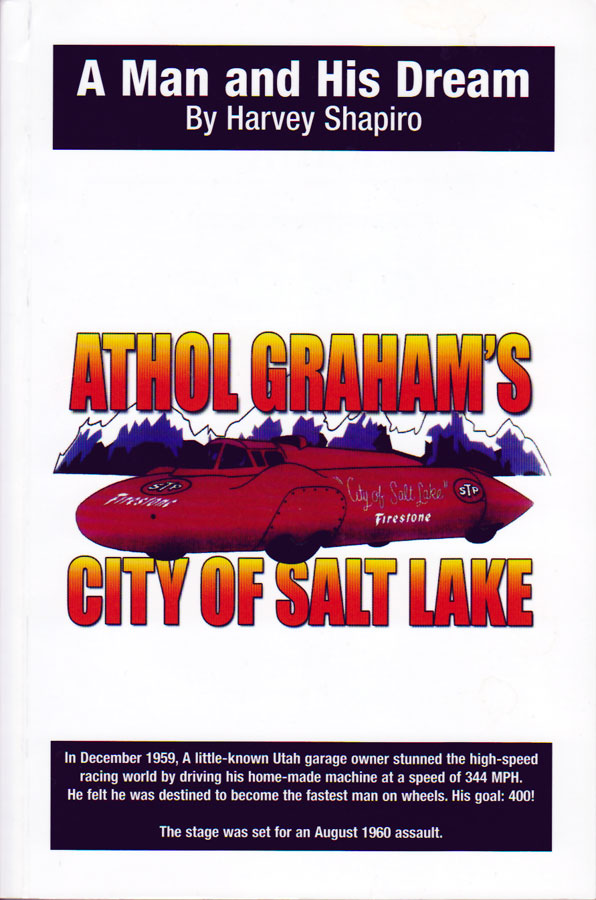 Author, historian and land speed record enthusiast Harvey Shapiro chooses his subjects very carefully. One of his favorites is the land speed record community which has been the focus of three rich and compelling works by this highly accomplished author. His most recent contribution provides an exceptional biography of Athol Graham’s land speed record attempts and the equally compelling story of the broad spectrum of people associated with the car. Shapiro was attracted to Graham’s unique story for many reasons. Graham was the second American ever to record a 300 mph run; clocking a down run of 305.84 mph and a return run of308.608 to average 307.254 mph in his home built Allison powered streamliner City of Salt Lake in November of 1959. This amazing accomplishment made him one of the fastest men in history at that time with only four drivers running faster, George Eyston, John Cobb and Mickey Thompson. Elite company indeed. 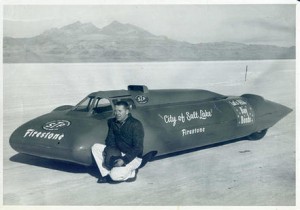 Sadly Athol subsequently perished in a well known grinding crash that took his life and left the car a twisted hulk of metal wreckage; all that remained of the man’s passion and commitment to land speed racing. On August 1, 1960 , running well over 300 mph, something went amiss and Athol lost control of the car. Athol was killed and the car destroyed. It was a crushing blow for Zeldine and the entire Graham family. 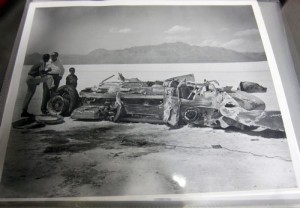 Shapiro’s unique approach relates the story of Graham’s high speed efforts in the context of the times providing brief glimpses of contemporary events and newspaper headlines that help position Graham’s story within the framework of historical events that dominated the time. The moving story is based on first person accounts and interviews with Graham’s wife Zeldine, his older brother Robert, and members of the family. He delves deeply into the Graham family revealing a classic American family within the broader context of history while setting this amazing story in ten separate sections that reveal how it began and how it carried on after Graham’s death with the subsequent reconstruction of the car.

The first half of the book is devoted to Athol Graham the man, describing his passion and efforts to seek the land speed record. The second half build’s on the beginning with the touching and compelling story of the car’s reconstruction by mechanic Otto Anzjon who helped Athol build the car when he was just 18 years old. This portion of the book is wonderfully written and the story is overwhelmingly compelling. Land speed racing enthusiasts will very much relate to it and the way that Shapiro conveys the overall passion of land speed racers. It’s very much a tragic and bittersweet story set against the larger than life background of international land speed record racing.

The book is illustrated with B&W photos  and it contains numerous interviews with prominent land speed racers. This is a great read for any LSR enthusiast and almost every car guy out there. Highly recommended. Note: The car has since been fully restored by Athol's son and was recently displayed at Bonneville.

Other LSR books By Harvey Shapiro

Man Against The Salt
A biography of Art Arfons

He wore many hats in a career that spanned more than four decades — editor, copy editor, general assignment reporter, sportswriter, editor/publisher of his own national award-winning motor sports tabloid, “World of Speed.”

Following his high school graduation in 1954, Harvey Shapiro joined the U.S. Army Reserves. He completed his eight-year obligation in 1962 with an honorable discharge. “I was too young for Korea and too old for Vietnam.”

He joined the Vietnam Veterans of America in the Fall of 1989 and has been a member ever since. A gifted lyricist, his song about his MIA, “A Simple Silver Band,” was performed live for only the second time in 2002 prior to the famed Boston Pops Summer concert on Cape Cod.

He is widely acclaimed for his landmark work 1960: Miracle at Squaw Valley, the story of how the underdog American hockey team defeated the Russians at the 1960 Olympics.

“They Called Him 'Holly,'” the story of West Point All-American Don Holleder, came out in 2008 and was his seventh published book.

Shapiro and his wife, Eileen, live in Cape Cod, Massachusetts. 'Retirement' has given him more time to work on book projects, and songwriting.