IMAGES OF AMERICA: 100 YEARS OF BONNEVILLE RACING by "LANDSPEED" LOUIS ANN NOETH
Astronaut John Glenn used Utah’s Bonneville Salt Flats as a landmark from space, but on earth amateur motorsports enthusiasts have used the blistering hot, flat pancake as a speed laboratory for more than a century. With their handcrafted cars, trucks and motorcycles, thousands of men and women have hosted pageants of power each summer since 1949. Every single one came looking for the answer to the same question: “How fast will to go?” And those efforts have made them the fastest people on earth reaching speeds in excess of 500MPH. On the salt, people find the limits of their courage, they learn what daring greatly is all about, and understand why a Bonneville Salt Flats speed record is an internationally respected pedigree. People who race on the salt flats become a family bound together by speed – a powerful force that erases ethnic, economic, political and religious barriers: They are land speed racers. And this is their story.
This 128 page book with more than 200 images and art, is a chronology from 1914 to 2020 with three specialty chapters each devoted to Women Racers, Motorcycles & Thrust Powered Speed Machines. After 20 years of research, first time in print: EVERY car & motorcycle that ran at the inagural 1914 time trial thanks to illustrator Robert “Steady Hand” Rampton. 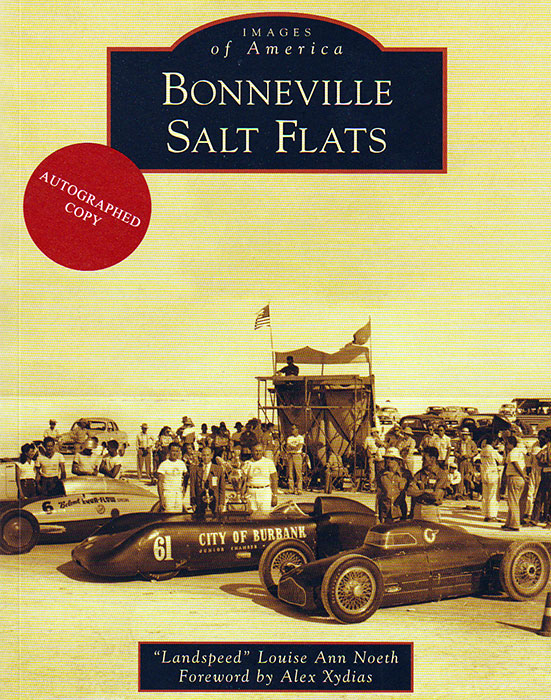 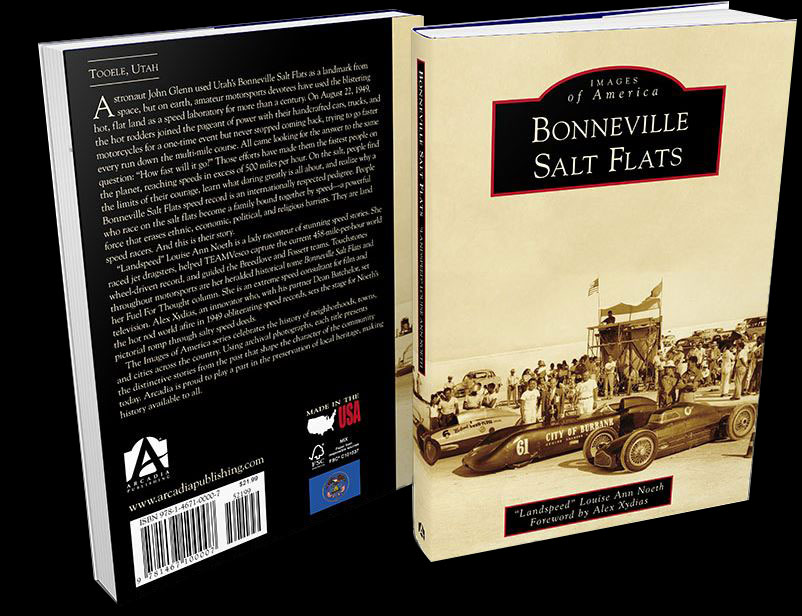 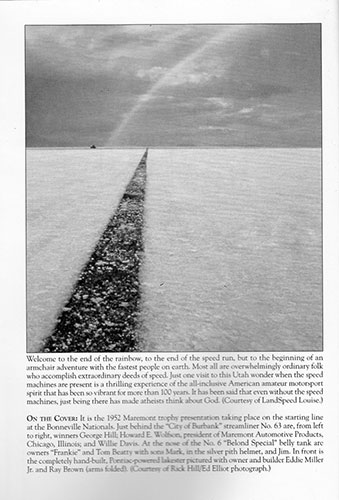