There is perhaps no greater champion of land speed racers than Louise Ann Noeth, better known to the racing community as "Landspeed Louise". For many decades she has been a voice of authority in that arena and has put endless hours into collecting and maintaining a considerable historical archive and records of everyone's achievements on the vast salt racing surface. She has authored numerous books and articles about their exploits and is well known as a relentless driver of truth and fact.
Her latest release, Bonneville's Women of land Speed Racing breaks new ground as she celebrates the extraordinary accomplishments  of more than 200 women who have challenged the great white salt dyno and excelled as well as the men and even more so in some cases. Many of these women have not just broken records at Bonneville, they have also built and tuned their own unique machines with skills rivaling the best in the business. They include women in the traditional sedan, roadster and lakester classes as well as prominent standouts in the jet and rocket car classes and motorcycles.
No stranger to the rigors of landspeed racing herself, Louise has served as a mechanic on jet cars and driven a lengthy list of high performance vehicles that make her intimately aware of the challenges these women face. She relates their individual stories with a long cultivated passion and brings them to life with fabulous color and B&W period photos from her archives and contributors. And not to be overlooked she also brings to the forefront the many women volunteers who help plan and execute the racing events every year, among them, planners, timers, announcers, starters and other officials who make the whole thing run smoothly and safely. 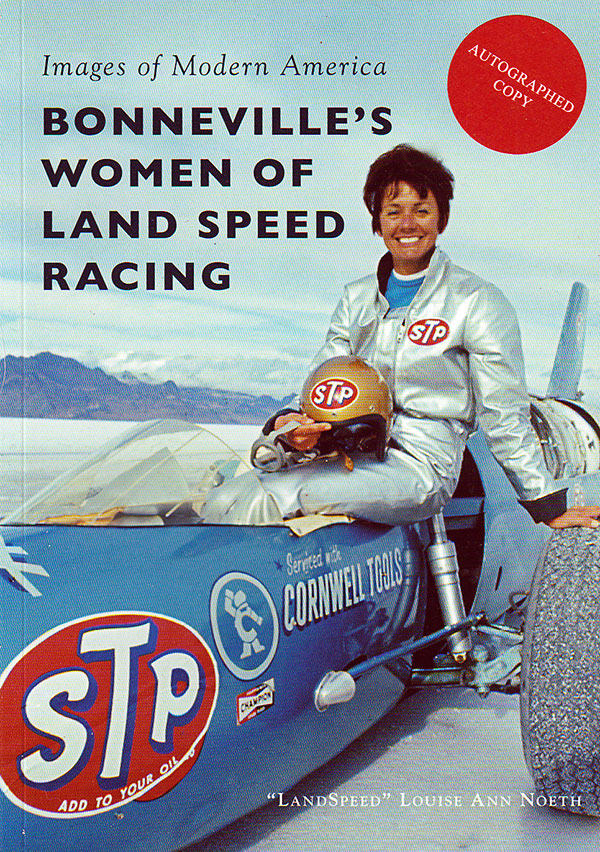 A landmark book that is a must read for every land speed racers book collection. Many of these ladies are the hidden backbone of the record breaking that occurs every year at Bonneville. 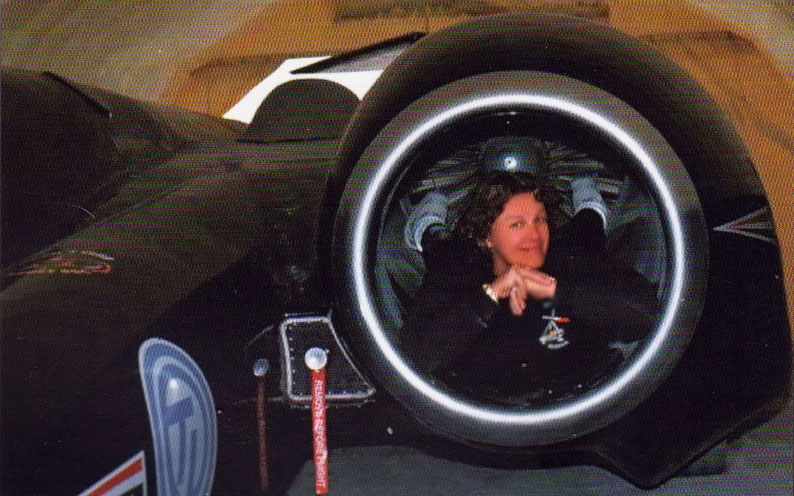 At  five feet, six inches tall, laying in the left nacelle of the fastest car on earth just after it set the first supersonic record at 763 mph, my feet still do not touch the inlet vanes of the ThrustSSC jet engine. My life's nexus is speed. It is intoxicating. Fascinating. It is why I devoted five years of my life to Save the Salt, a volunteer group desperately trying to reverse decades of federal government mismanagement and restore the Bonneville Salt Flats to safe racing conditions for amateur land speed racers.
SOURCE
Landspeedproductions.biz 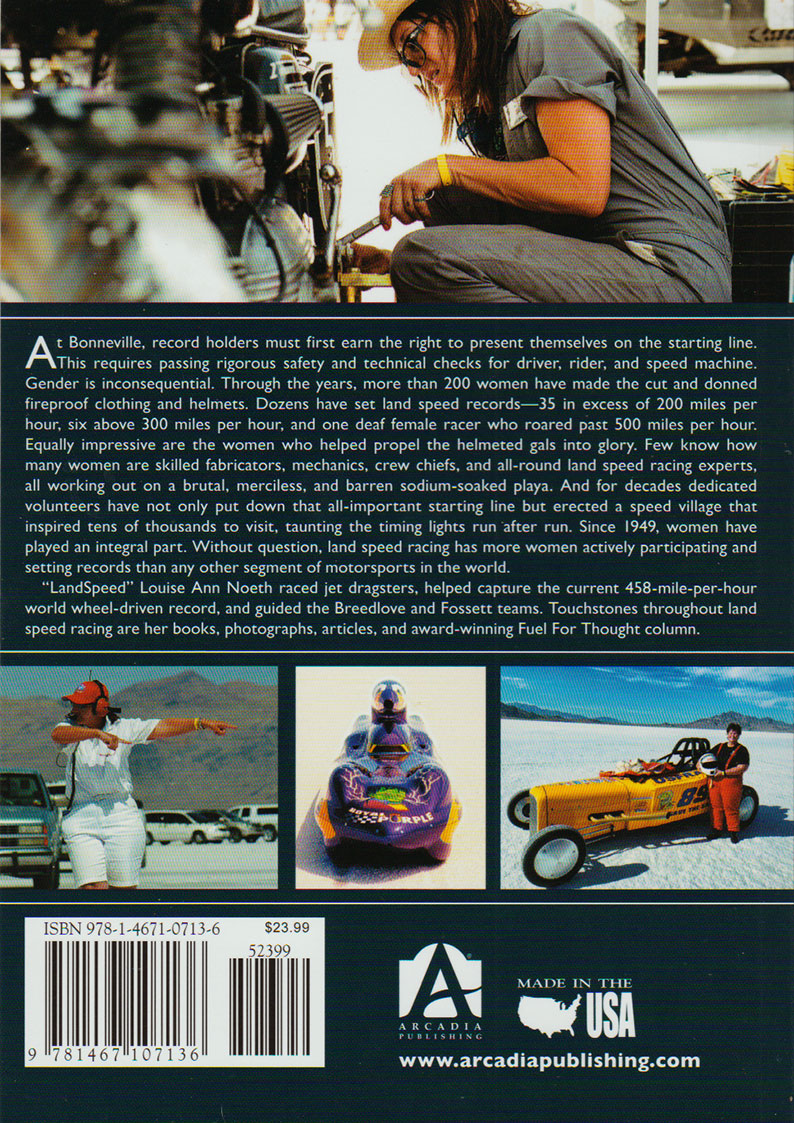