THE CARS AND PEOPLE BEHIND STEVE MCQUEEN

A behind the scenes view of the most iconic automotive movie car chase in history.

Enthusiast agree that the Mustang/Charger chase scene in "Bullett" remains the best chase scene in movie history.scene. Shot entirely on location in picturesque San Francisco in 1968, the movie not only features the historic chase scene but also many outdoor scenes filled withthe amazing cars and architecture of the period that are filmed in crisp clear color. It was the fifth-highest-grossing film for 1968, and was well received by critics. The iconic chase scene won Franks P. Keller an Oscar for motion picture editing.

Matt Stone's Bullitt: The Cars and People Behind Steve McQueen, delivers the complete behind the scenes picture of how all the extraordinary action was coordinated and filmed. It includes the ideas behind the making of the movie, an interview with Director Peter Yates, production stills, and the detailed planning for the chase scene. Also covered are the cast, the building of the cars used in the film, and the how and why the stunts were choreographed and filmed. To round out the story, an examination of what happened to the cars is provide, including the restoration of the original car. 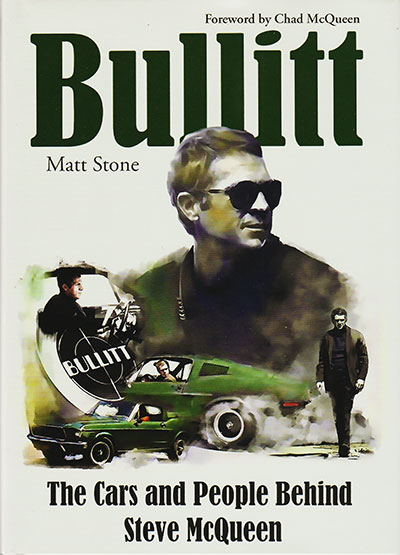 And the author further covers multiple Bullitt Edition cars released by Ford after the film, and the latest 2019 edition.While several books have been published about Steve McQueen, the "King of Cool," never before has there been a thorough examination of this specific film and these specific cars. This edition is a long sought after addition to the library of any McQueen, Mustang, or automotive film history fan. It is chock full of automotive tidbits and never before revealed facts about the construction of the movie cars and how they were prepped for the action sequences. 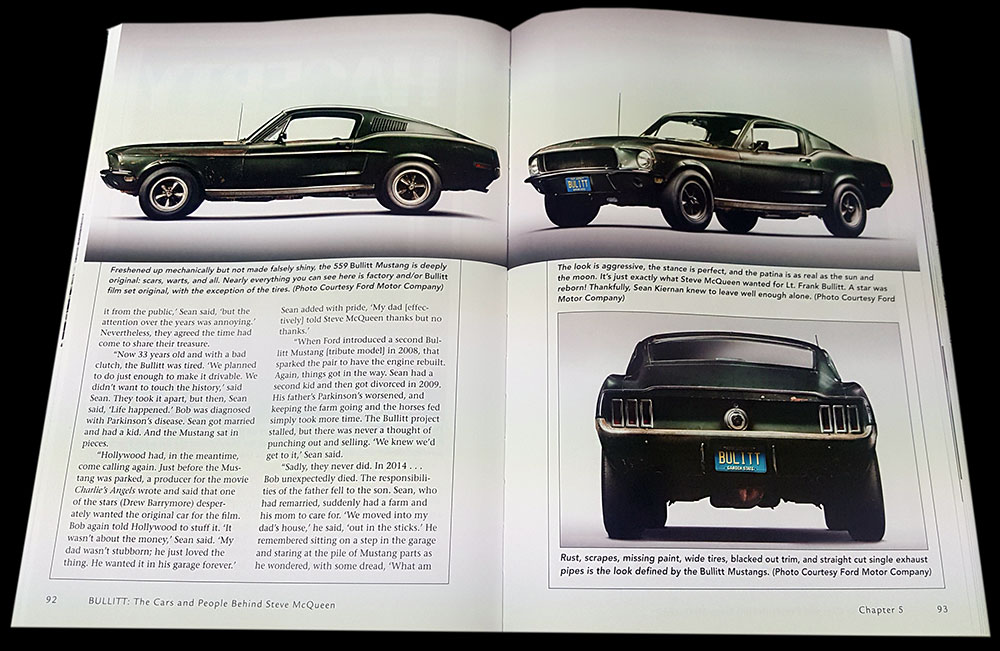 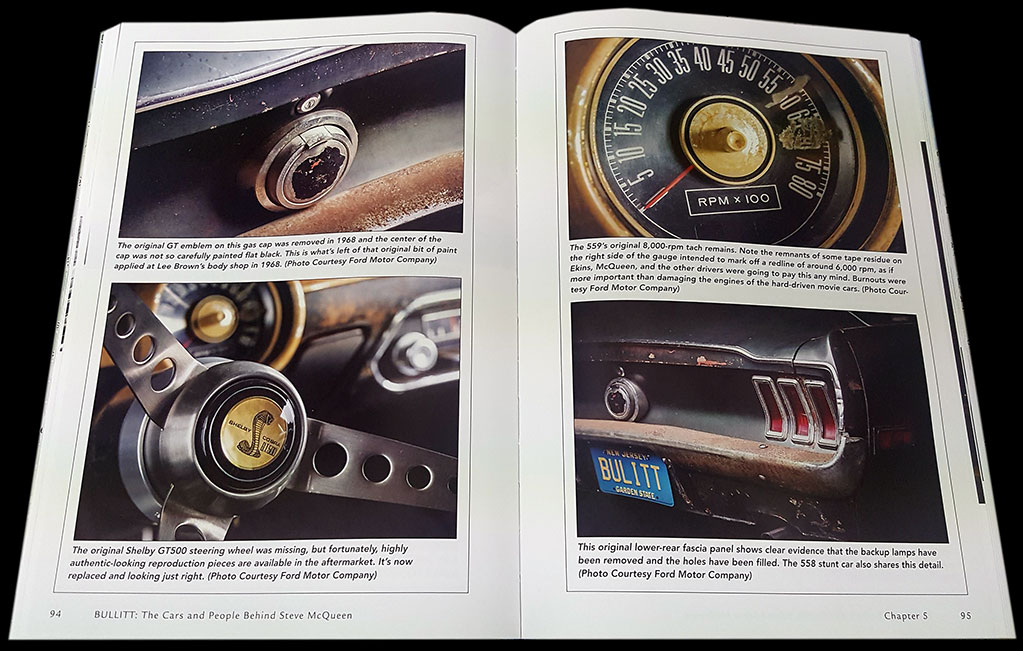 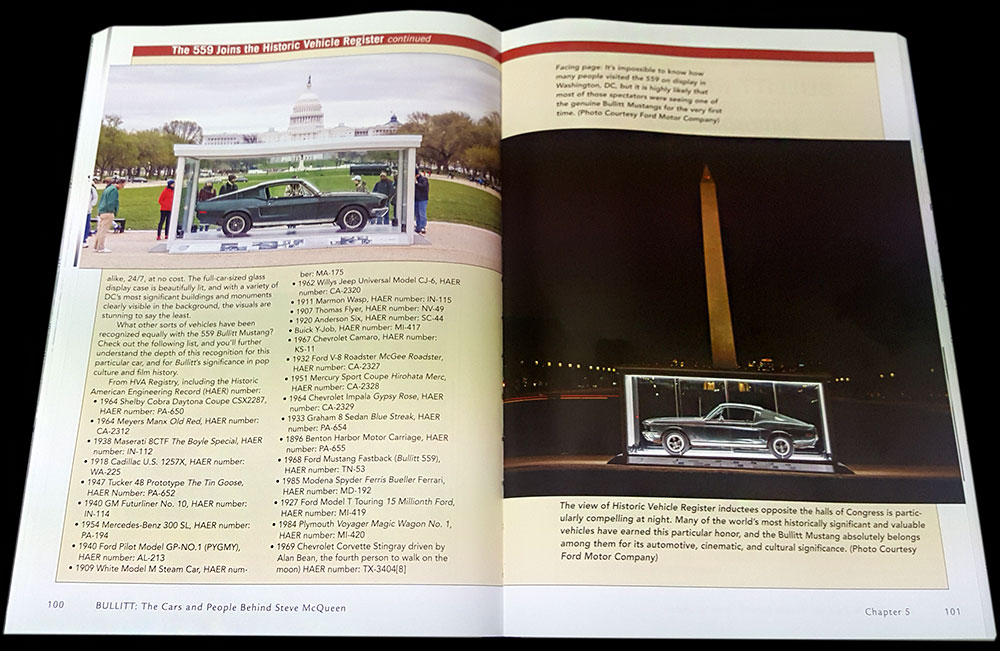 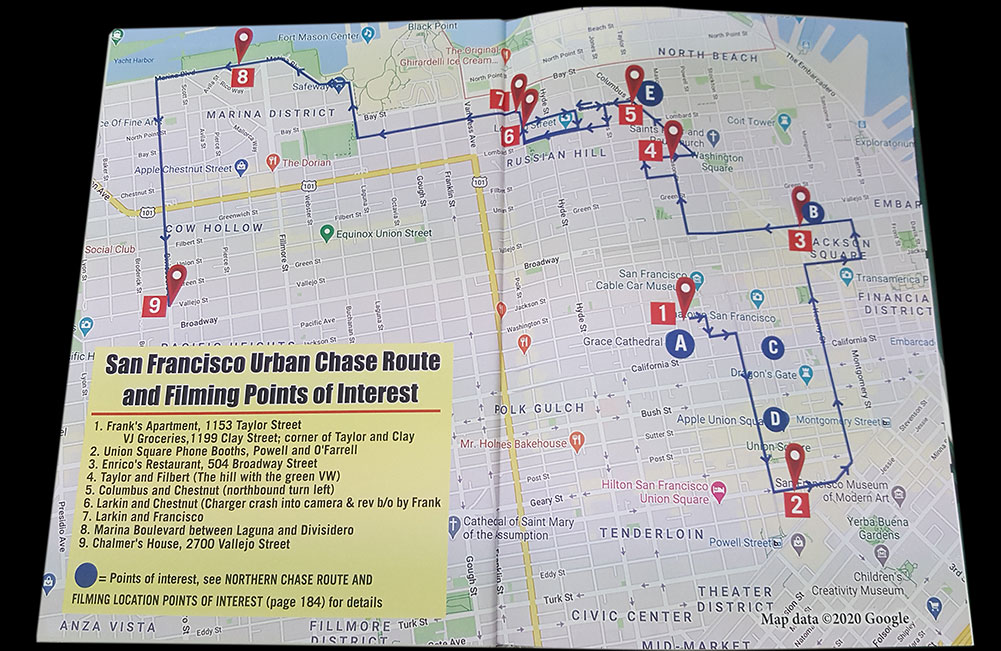 Stone's latest offering packed full of great photos of the Mustangs plus the presentation of the car on the Washinton Mall for the National Historic Register and a map of the chase route through the streets of San Francisco.
SOURCE
Cartech Books, Inc
838 Lake St S
Forest Lake, MN 55025
800-551-4754 or local at 651-277-1200
https://cartechbooks.com
Link:  Direct Link