MOPAR'S SECRET ENGINEERING PROGRAM AT THE DAWN OF PRO STOCK

Relive Mopar's skunkworks racing team and its rise to dominance in this fascinating history! The drama of 1970s Chrysler Pro Stock drag racing unfolds in this new book, which focuses on the racing and technological evolution of the legendary Motown Missile and Mopar Missile racing programs from 1970 to 1977. Unequaled by any other drag racing development program, this was a huge undertaking in term of time, money, and effort.

The 1970s saw great change in Detroit and in auto racing, with Pro Stock being a huge draw for fans. Chrysler racing historian and author Geoff Stunkard presents a chronological recollection, drawing from many interviews and summaries of the actual technical efforts that the factory accomplished and includes both rare/unpublished technical and personal images from the team members and some of the most dramatic images taken by the sport's best photographers. 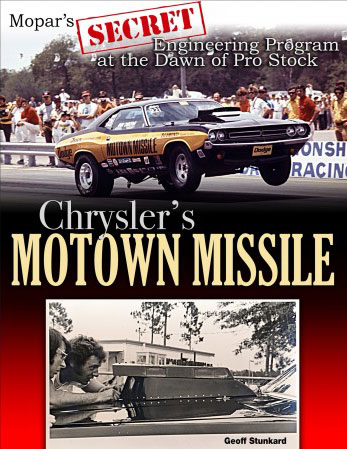 From the earliest days of owner/engine builder Ted Spehar, factory engineer Tom Hoover, and driver Don Carlton, the narrative is a colorful look at the team's inner workings, programs, victories, and even defeats. Set against a backdrop of characters like Bill Grumpy Jenkins, Dandy" Dick Landy, and Dyno Don Nicholson, Carlton's driving prowess had few equals. Indeed, called by one period scribe as a cyborg, the likeable pilot would pay the ultimate price as a drag racing driver. From the Challengers and `Cuda to the Demons and Colts, the book showcases the cars that made Chrysler so much a part of this racing era, as well as Ted Spehar's never-before-revealed information on the 1970s Pro Stock engine program.
Geoff Stunkard's passion for Chrysler drag racing is fully on display here as he details the most intimate secrets of the Chrysler skunkworks program. This book is a must read for all Chrysler drag racing enthusiasts. 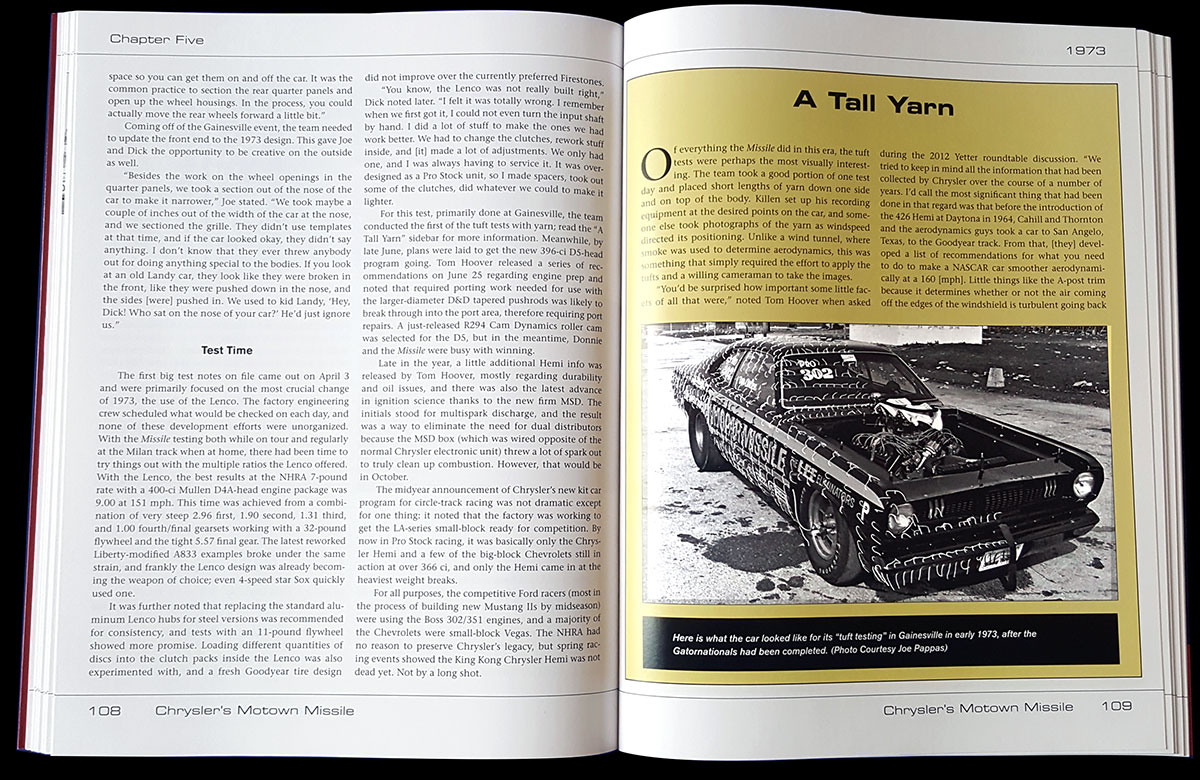 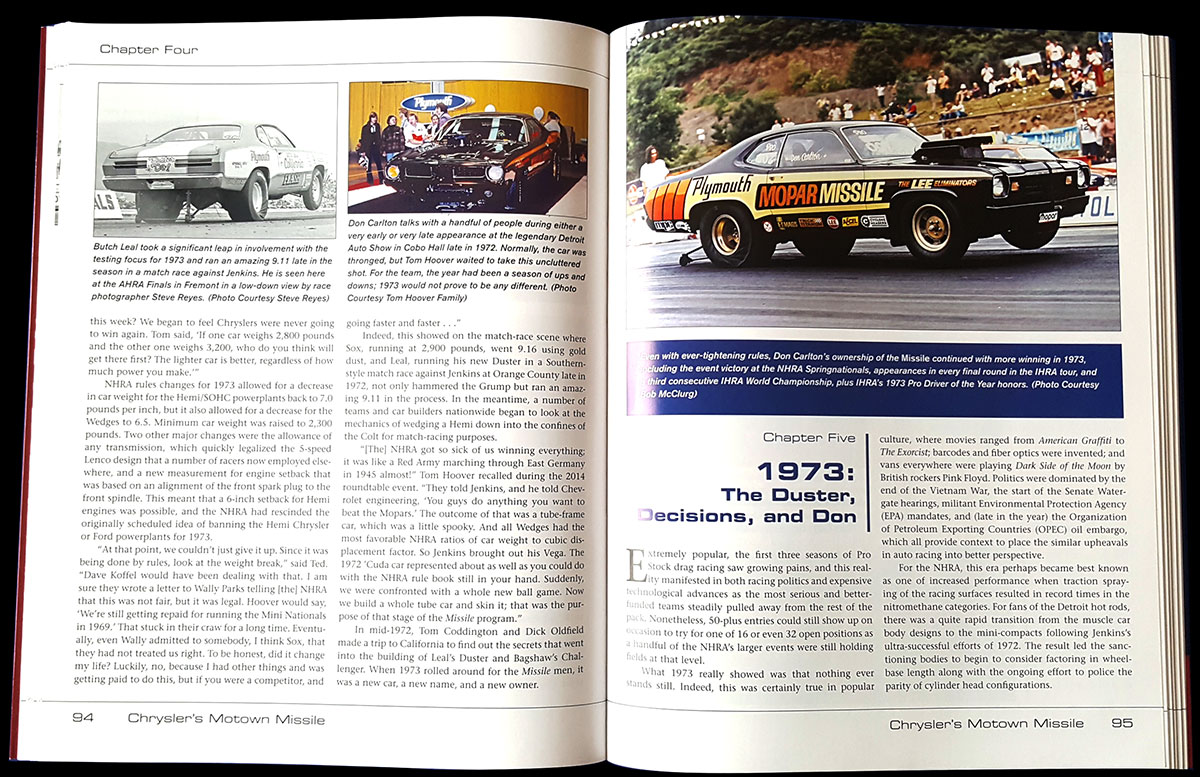 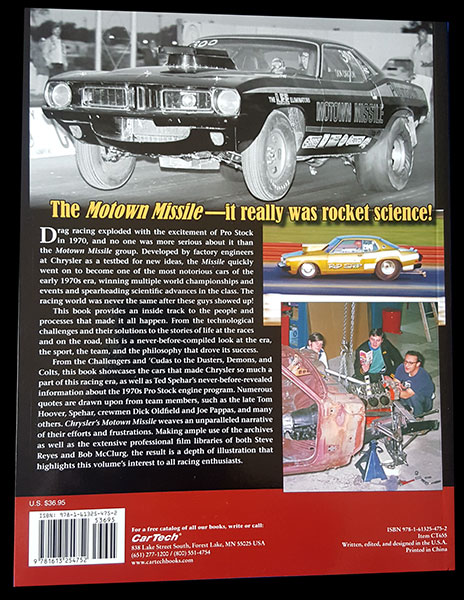