HOW THE hans HELPED SAVE RACING by Jonathan Ingram
Racing safety has taken a long, torturous and often heartbreaking journey to the state it enjoys today.  Early on it was universally viewed as the sport of fearless, heroic men who rode mechanical dragons into battle with unheard of daring; something akin to Roman chariot drivers or medieval jousting champions. Death was a permanent sentence for the drivers and simply an inconvenience for thrill seeking onlookers. Exceptional performers were elevated to legendary status and the crowds quickly moved on, secure in the fact that they had expressed appropriate respect before waiting restlessly for the next tragedy at the hands of a hurtling chunk of angry flaming metal.
Eventually wiser heads prevailed and race cars sprouted safety harnesses, roll bars and roll cages, secure tubs and a seemingly logical progression of safety apparatus while the cars grew increasingly faster and more mechanically capable of gripping the road. Personal driver safety trailed progress until safety pioneers like Bill Simpson developed improved helmets and safety harnesses, and personal fire protection systems. But the challenge of protecting drivers from high speed impacts and the massive g-forces imparted were slow to follow. That all began to change in the 1994 when celebrated fan favorite Ayrton Senna was killed in a high speed crash in the Italian Grand Prix at the Imola circuit. His status was such that the world began to demand better safety for all drivers. 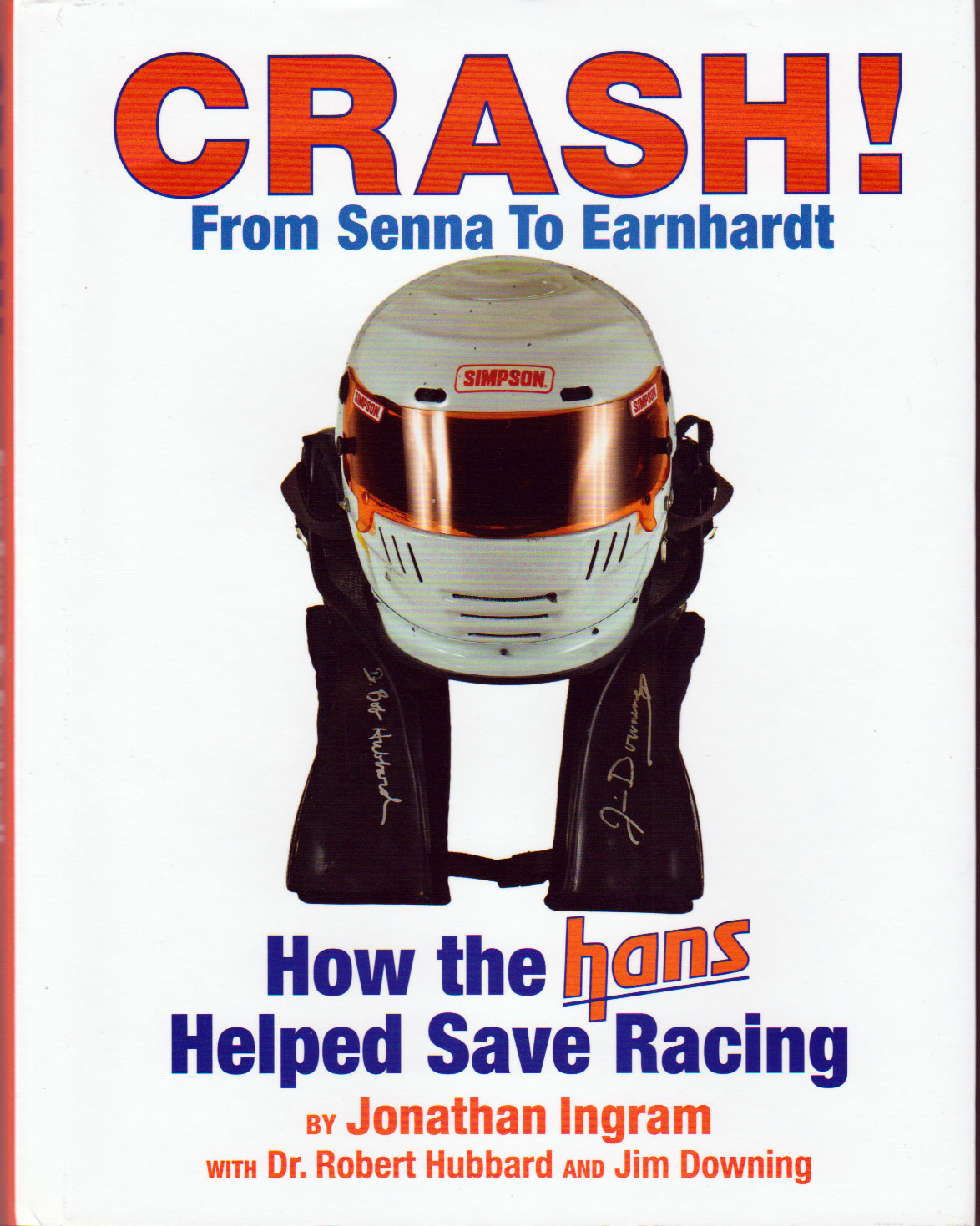 In his great new book Crash, author Jonathan Ingram weaves a compelling narrative of how Doctor Robert Hubbard and his brother-in-law, talented IMSA racer Jim Downing developed the universally praised hans device. Dale Earnhardt's stunning crash and subsequent death at the Daytona 500 heightened the call for mandatory use of the device even in the same year that Championship Auto Racing Teams (CART) had already implemented its use. Hubbard and Downing  developed the device in the eighties and Downing first began wearing it in IMSA competition in 1986. With Downing's persistent influence at the track, the two embarked on a long and often heartrending effort to save drivers from critical neck and spinal injuries even as drivers were still being killed around them, An unprecedented series of deaths spanning a seven year period ultimately lead to four of the major racing series mandating the device. Behind the headlines, thousands of amateur racers and weekend warriors were also falling regularly to these injuries, but the pace slowed dramatically with implementation of the device. Today it is universally accepted and many lives have been saved. Ingram describes the development of the device in detail and illustrates how it works. The book delivers a detailed and captivating insight into a side of the sport that most fans never consider. It is packed with great photos and illustrations including diagrams of the Earnhardt crash and how it was dealt with afterward. To truly grasp the physical forces that drivers endure, motorsports fans must read this absorbing tale of a twenty year family quest to save our racing drivers and racing series. 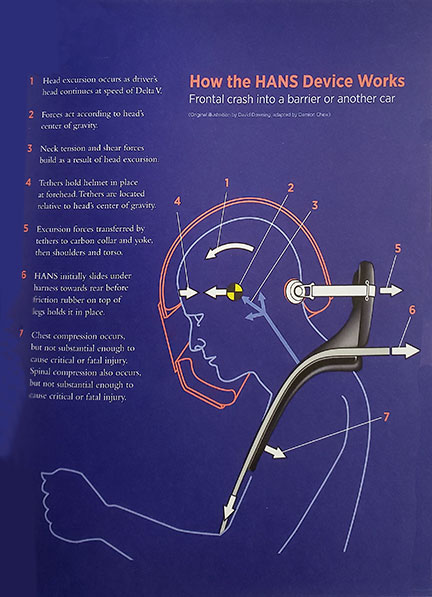 Jonathan Ingram is a forty year veteran of motorsports journalism. He has written extensively about all the major motor racing series and has received multiple awards from the National Motorsports Press Association while keeping pace with major changes in the sport. His work has appeared in more than 100 publications on four continents and his racing credentials are more than well established.
SOURCE