Drag Racing In The Sixties

THE EVOLUTION IN RACE CAR TECHNOLOGY
Doug Boyce has done it again with another incredible chronicling of the extraordinary advance of drag racing technology in the sixties. This superbly written and photographically documented history bring to life the rapid advance of drag racing performance with heavy factory involvement. The 1960s were a fascinating decade on the drag racing scene and Doug's new book takes you there in depth. A must read for all drag racing enthusiasts.
Drag racing has a long and storied history. Many have said that the first drag race happened shortly after the second car was made. While that may or may not be true, racing prior to World War II was mostly centered around dry-lake activities and top-speed runs. After the war, drag racing became organized with the formation of the NHRA, and during the 1950s, many tracks were built across America to accommodate the racers. Technology in the 1950s centered on the manufacturers updating old flathead designs into newer overhead-valve designs, and the horsepower race really started to heat up.
In many forms of racing, the 1960s brought technological evolution. The decade began with big engines in even bigger stock chassis and ended with purpose-built race-only chassis, fiberglass bodies, fuel injection, nitro methane, and blowers. Quarter-mile times that were in the 13-second range in the beginning of the decade were in the 7-second range by the end. New classes were formed, dedicated cars were built for them, and many racers themselves became recognized names in the sports landscape.
In Drag Racing in the 1960s: The Evolution In Race Car Technology, veteran author Doug Boyce takes you on a ride through the entire decade from a technological point of view rather than a results-based one. Covered are all the classes, including Super Stocks, Altered Wheelbase cars (which led to Funny Cars), Top Fuelers, Gassers, and more.
Pages : 176
Size : 8.5 X 11 (inches)
Format : Paperback / softback
Illustrations : 311 color, 63 b/w photos
Publisher : CarTech
ISBN : 9781613255827
Product Code : CT674
https://cartechbooks.com 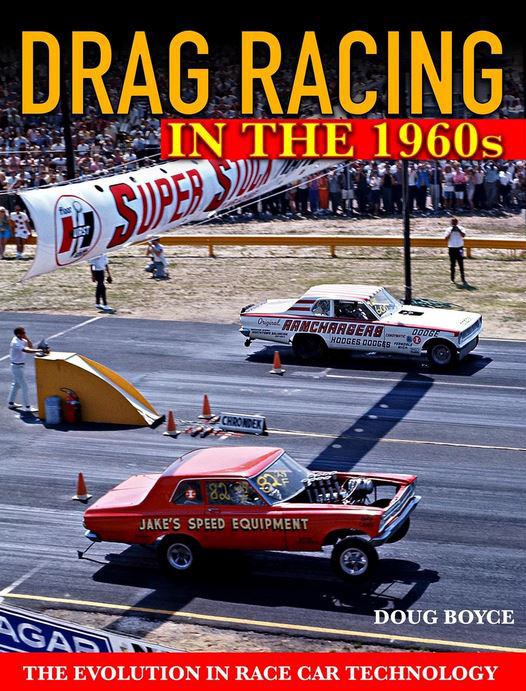