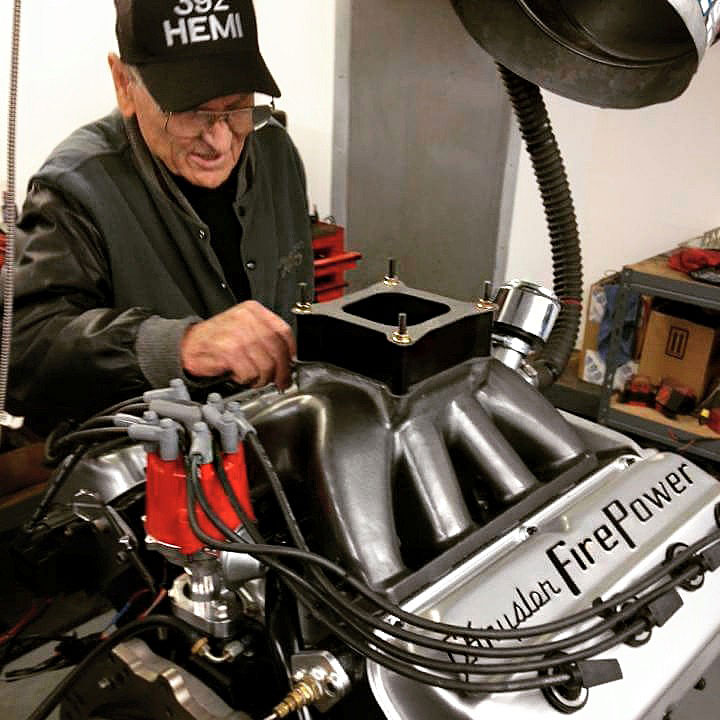 Who doesn't love an early Hemi? While the small block Chevy is frequently lauded as the driving catalyst of modern hot rodding, it was the long enduring Chrysler Hemi that brought its A-game to the nation's dragstrips in the fifties and sixties. That reputation and legions of adoring fans swept the Hemi engine to the forefront of professional drag racing with its particular suitability for nitro and alcohol racing. Racers never looked back as the indomitable Hemi pummeled the record books with resounding authority. 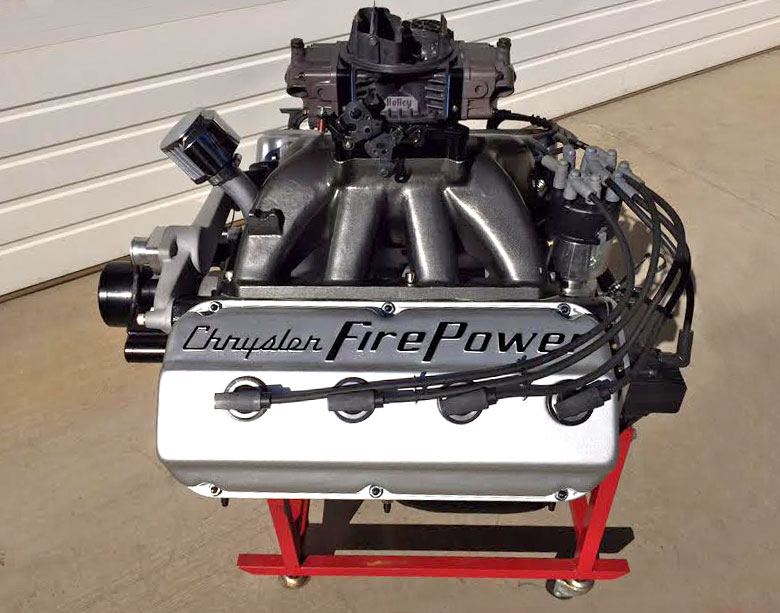 Legendary racer and engine builder Gene Adams has been one of the most successful navigators of the Hemi's long progression of power. Most Hemi race engines were either supercharged for dragster or Gasser racing or outfitted with dual four barrel carburetors for Super Stock racing. Adams has worked on all of them and noted that the Hemi never really enjoyed the benefit of a good single plane 4-barrel intake manifold.

Consequently he worked with longtime friend Ron Pratt to add an intake manifold to the new Hemi cylinder block they were already developing. This grew out of a close relationship with Claude Lavoie, a Nostalgia Dragster and Nostalgia Funny Car racer for whom Gene builds a lot of engines. Early Hemi cores are getting harder to find and the best ones were produced only briefly in the mid-fifties. Hence they identified an opportunity to bring to market new aluminum and iron blocks that are much beefier than the original OEM pieces. 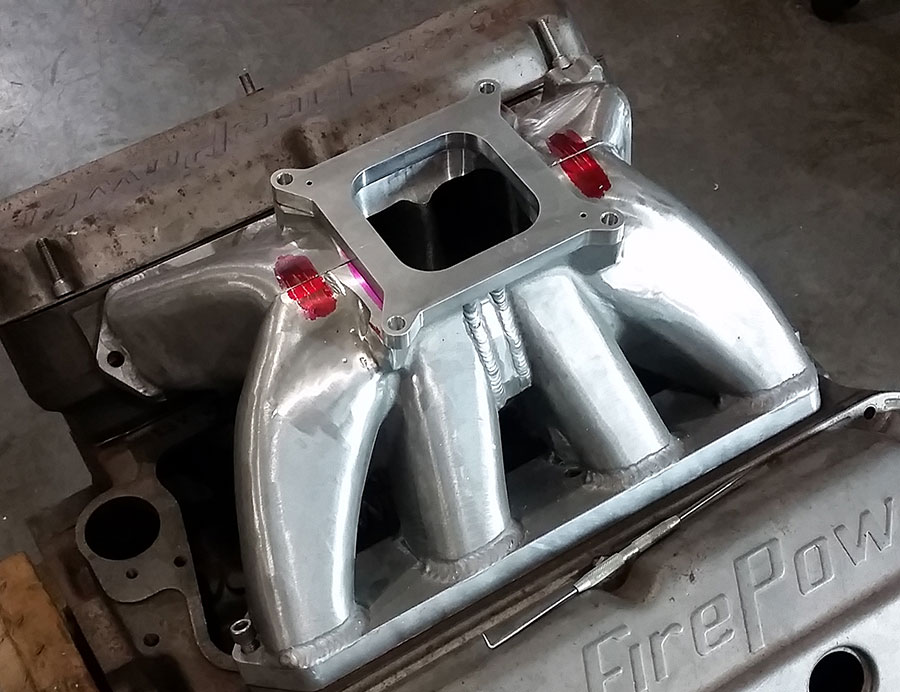 Adams and Pratt had competed together in the Engine Masters Challenge with Hemi power and developed a relationship with Nick Smithberg at Smithberg Racing, a young Nebraskan whose star was in full ascension with specialized design work on intake manifolds and custom induction systems. Smithberg was tagged to develop the unique intake manifold while Adams and Pratt concentrated on cylinder block development and the construction of a test engine for the new induction system. Click this Prototype Build Link to go directly to the construction details of the complex manifold design Smithberg undertook for this project. Having built custom intakes to provide optimum performance under demanding Engine Masters Challenge rules, he was more than ready to address the challenge with confidence and out of the box thinking.

Adams built the 369 cubic inch test engine from a 1956 Dodge truck block and a set of ported '55 Chrysler cylinder heads. He modeled the projected engine combination in Performance Trend's Engine Analyzer computer software program to predict performance. To achieve the desired displacement he offset ground a '56 Chrysler crankshaft to 2.200-inch crankpins and used 7.100-inch Eagle rods with Arias pistons and .990 wrist pins. Rod bearings are standard Clevites and the mains are .010-under King bearings to clean up the cranks.

Take a look at the spec sheet to the right for details of this engine. The engine was built to be a strong performer and also to test the performance of a tall runner single plane intake manifold in comparison to a dual quad AFB  setup and a Hot Heads dual plane. The intent is to develop a modern single plane that will add more power upstairs with minimal loss of torque down low and through the mid-range.

Good parts were used where necessary and stock components were used wherever Adams found them adequate based on his vast experience. The compression ratio remains mild and the roller cam is not extreme by any means. The engine pretty much represents what a sportsman racer might put together for any number of classes and the intake will clearly work well on a more aggressive package. 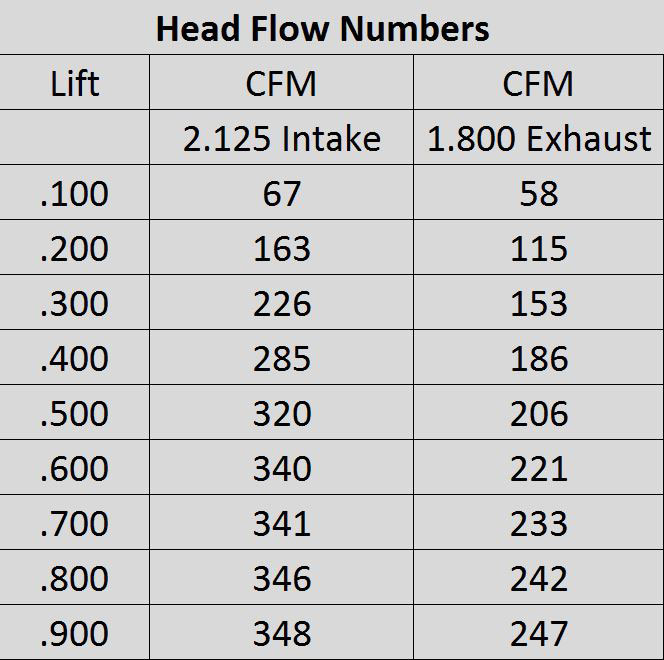 In a typical dual plane versus single plane intake match up, a good dual plane almost always provides a much fatter torque curve below the torque peak and the good ones like Edelbrock's Performer RPM Air Gaps will nearly match a single plane through 6500 rpm. To accommodate the large ports and great flow numbers on Adams' cylinder heads, Smithberg sought out the best possible existing intake to modify. He settled on a Chevrolet racing intake for an RO7 NASCAR engine. They have tall straight runners and come as raw castings so modifications are relatively easy. The runner angle and port spacing was close and he observed that he could cut it apart and revise it to suit the application. That's sort of become one of his specialties. In this case it turned into a ton of work. See (Prototype Build Link).

Sharp eyed readers will note that that testing was accomplished with both a 950 4150 style Holley and a 1050 Holley Dominator. The Dominator made more power that the 4150 style carburetor, a solid ten horsepower on the new single plane. The crew believes it would be a good bit more, but they limited test speed to 7000 rpm due to the stock rocker valve train. Aftermarket Missile rockers would have allowed higher engine speeds where the single plane would shine even more.  The OEM Chrysler dual quad setup with AFB carburetors looks as trick as ever, but it doesn't move air effectively compared to a modern high runner single plane intake. You may still love the look, but if you're looking for power the single plane matches it down low and pulls away hard above 5000 rpm.

As expected the Hot Heads dual plane with a one inch carb spacer was plenty strong in the low and mid-range with the single plane surpassing it above 6000 rpm where the single plane really begins to move some air. The Hot Heads intake is considered one of the best pieces available so the initial performance of the new single plane is very encouraging. They have already discussed making two versions, one with small cross section  runners to help hang onto the lower end better for street applications. And they are planning to make it a two-piece manifold so it can be easily ported to suit individual requirements. From the get-go they were determined to achieve a very strong race manifold that could still hold its own on the street. This version topped out at 606 horsepower with mostly stock parts on pump gas and the manifold will likely support up to and beyond 700 horsepower on a more aggressive engine package.

This is your classic dual plane versus single plane match up and the new single plane proved its merit by out-powering everything above the torque peak and at higher rpm than the effective range of the HH manifold; all while hanging on to similar torque all through the mid-range. Encouraging results on a mild engine that didn't fully challenge the intake's breathing ability at very high speeds. Smithberg has over 200 hours in the prototype and it certainly seems worth it. Adjustments and revisions are forthcoming and Hemi racers will soon have an  effective new weapon in their performance arsenal.

Special thanks to John Beck and Paul Bowman at John Beck Racing Engines for lending their considerable expertise to the dyno session.