COBRA JET, THE HISTORY OF FORD'S GREATEST HIGH-PERFORMANCE MUSCLE CARS
CarTech Books has just released its new Cobra Jet muscle car book and it is a volume every muscle car enthusiast will want, especially Ford fans. Authored by veteran automotive journalist Rob Kinnan and muscle car authority Diego Rosenberg, it is the most comprehensive chronicling of Cobra Jet history to date. Written with authority and a wealth of deep-dive research, it is sure to become the definitive work on Cobra Jet muscle cars. It is lavishly illustrated with color and black and white historical photos and numerous charts detailing original production numbers, specifications, engine components, and every detail you might want to know about thesse cars and engines. It further includes historical accounts from the original developers and racers who brought these powerful cars to the forefront. It highlights all the cars that were equipped with Cobra Jet and Super Cobra Jet engines including the 429 Cobra Jet. Unless you are well versed in Cobra Jet lore, you will learn fascinating things you never knew about these well regarded muscle cars. 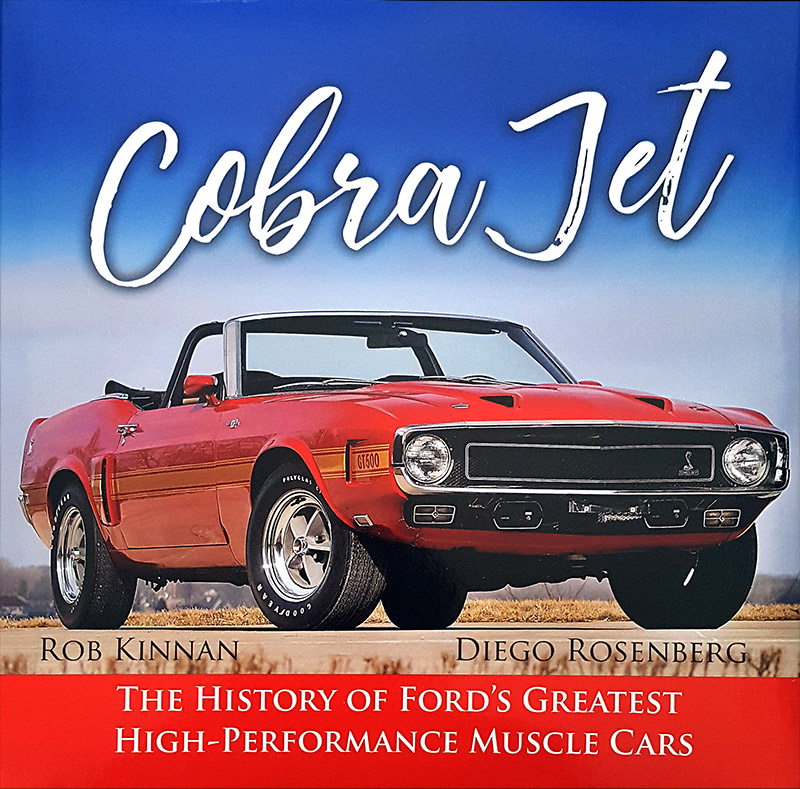 Take a look at the accompanying table of contents to see the depth of coverage Kinnan and Rosenberg bring to this effort. The book has 192 pages and incorporates 344 color photos and 26 black and white historical photos from back in the day. An extraordinary legacy of Ford performance was written by Mustangs, Torinos and Rancheros, along with Mercury Cougars, and Cyclones and even their full size counterparts in both lineups, all with 428, 429 Cobra Jet engines and later the  351 Cobra Jet. The authors extend that history to present day with a detailed presentation of late model  Mustang Cobra Jet muscle cars and their drag racing bretheren. Clearly a collaboration of two prominent Ford experts, Cobra Jet sets a high standard in muscle car historical accounts. Both authors enjoy an extensive background in Ford performance history and they bring their passion to life in a great new book that belongs on the bookshelf of every Ford enthusiast and every muscle car enthusiast. It's a coffee table quality book you'll be proud to display. 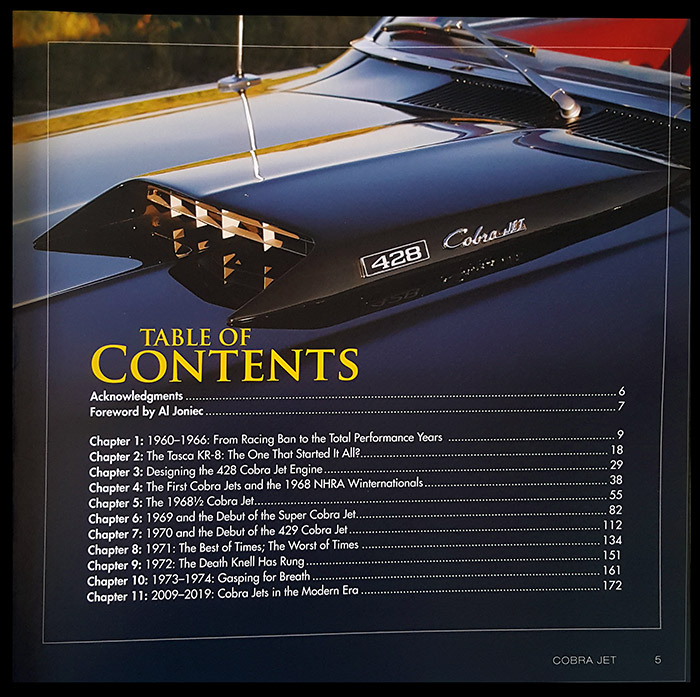 A numbered, limited edition version of the book  is also available for collectors and hardcore Cobra Jet fans. It is wrapped in red cloth with a foil-stamped cover and spine. The black slip case with a hinged lid is cloth-lined with a gloss foiled and embossed lid. Individually boxed for protection, this special collectors edition book is numbered with only 250 copies available.

Get the limited version HERE

Get the standard edition HERE

Below are some sample pages to illustrate the  high quality of the photos and book design found in this book. Kudos to CarTech Books and design artist Hailey Samples for making this such a beautiful book. 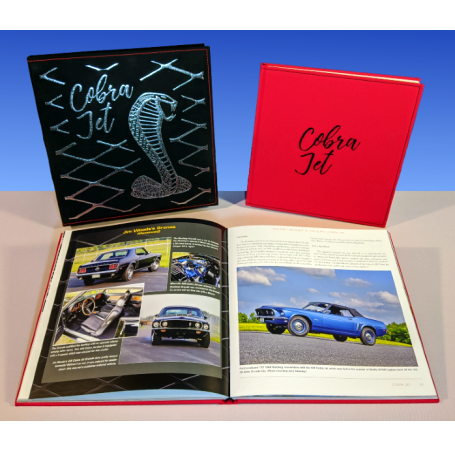 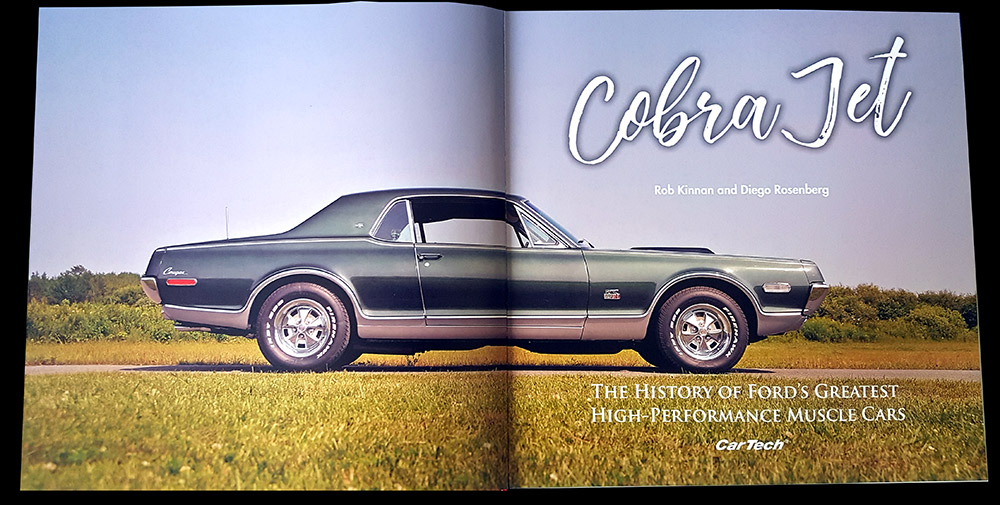 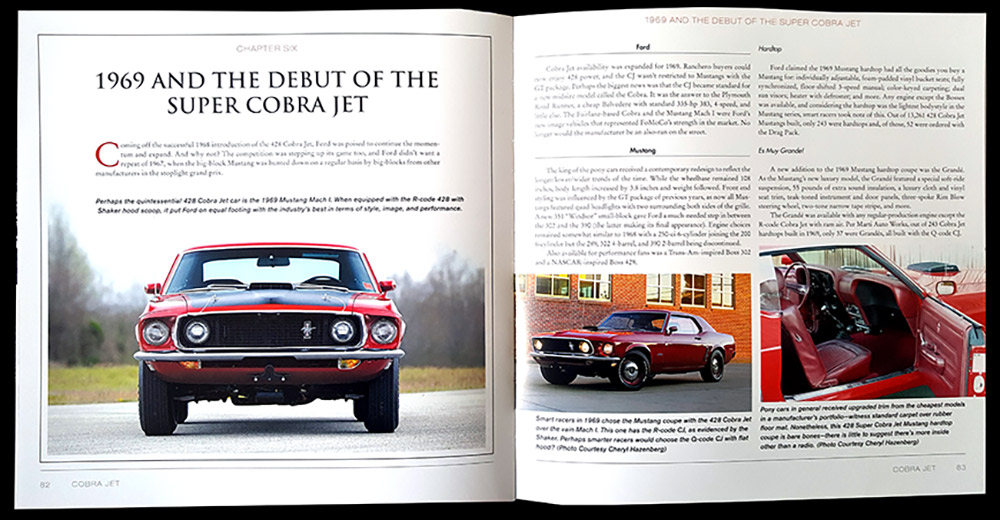 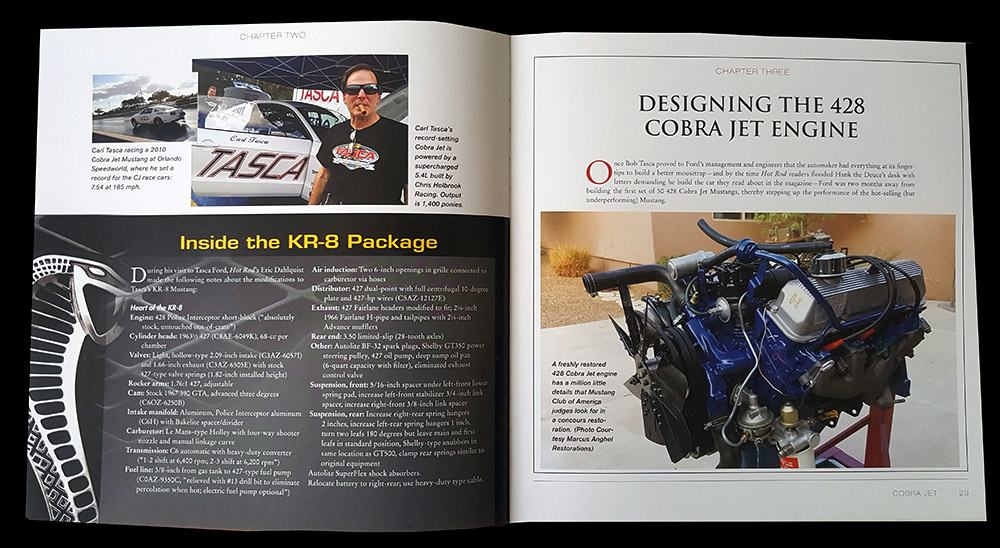 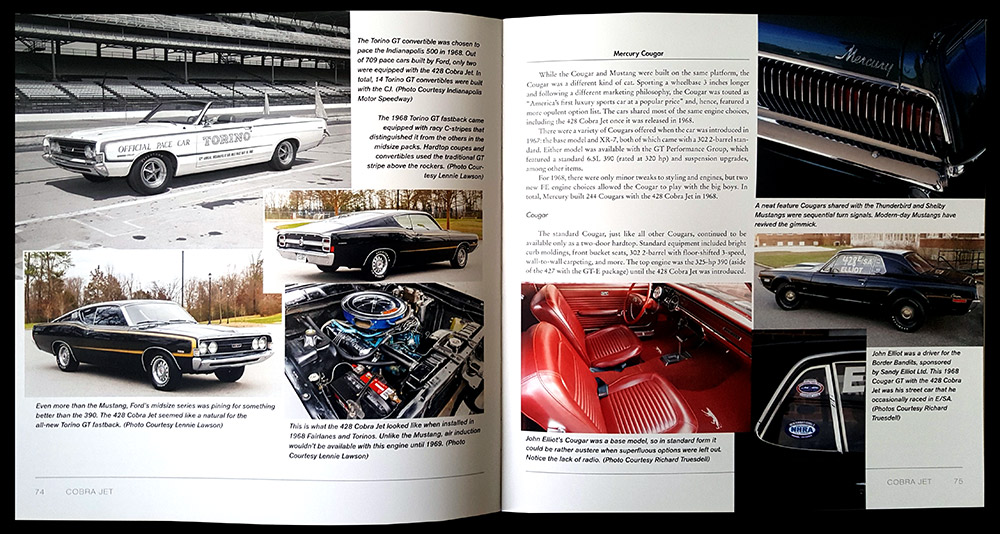