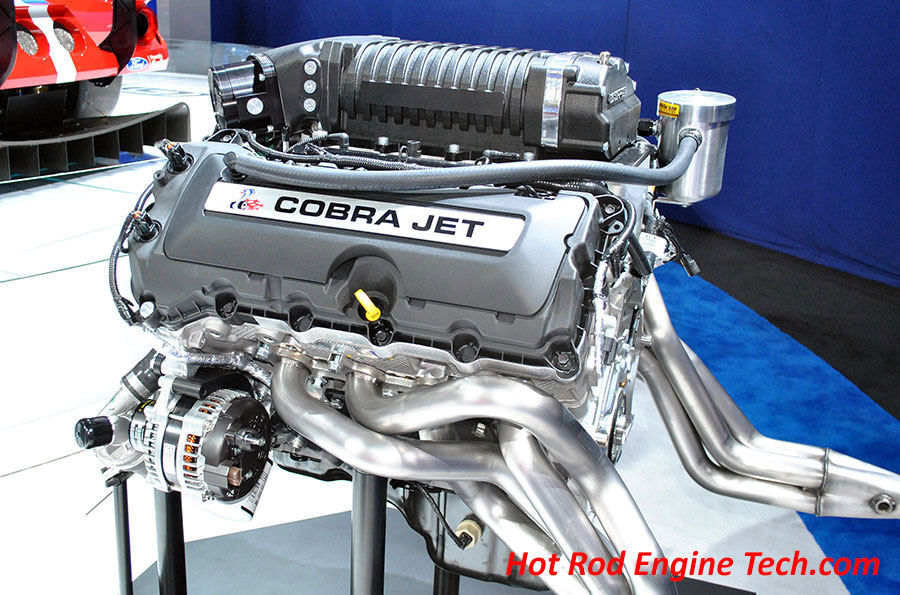 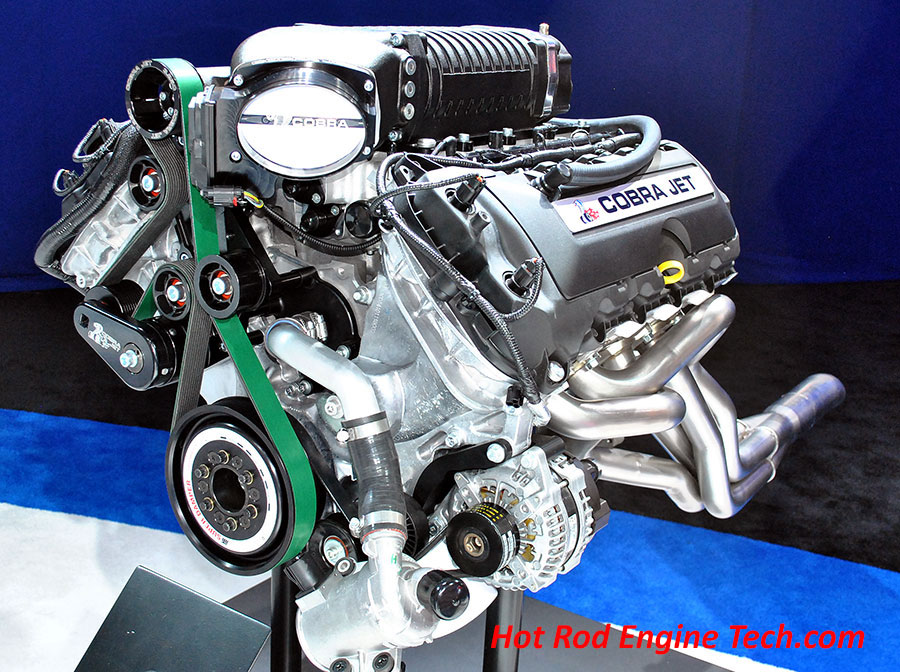 An electric water pump from the C-MAX Hybrid was incorporated on the 5.0L SCJ to facilitate rapid cool-downs without running the engine in the pits. The blower belt and pulley arrangement was also subjected to considerable testing and refinement as the engine was subjected to 100-plus simulated passes on the dyno and another 100-plus passed in the car to confirm  required performance objectives with the desired reliability and repeatable performance. The new supercharged 5.0L Coyote engine has proved to be remarkably reliable when operating at maximum capacity which is said to approach if not exceed 1000 horsepower; enough to make the Mustang an eight second performer. 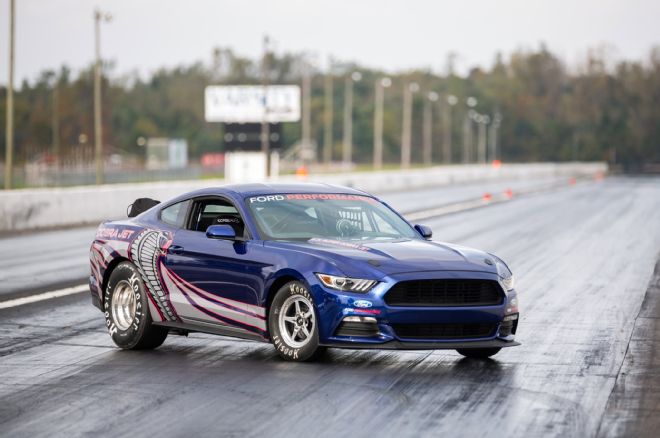 The Cobra Jets compete in the NHRA’s Factory Stock class against COPO Camaros and Drag Pak Challengers.  They have proved to be formidable competitors and Ford has dedicated their enormous resources to ensure the performance its customers demand. Among their recent successes they count Super Stock and Factory Stock victories at the NHRA U.S. Nationals in September. 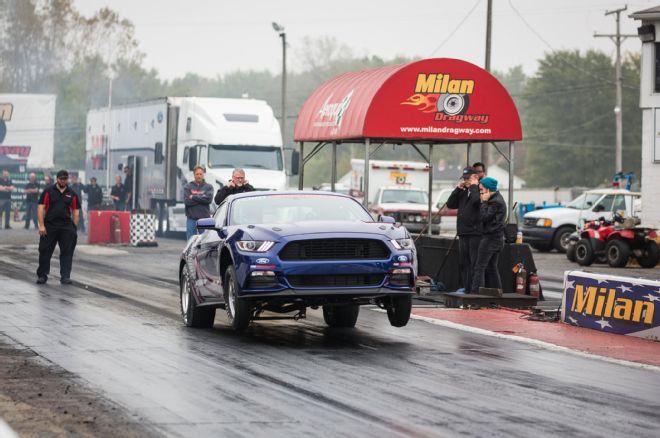