BOB RIGGLE AND HIS WHEELSTANDING MOPARS
The Hemi Under Glass is very likely the most revered of the famous wheelstanders that began to populate the show at national events and paid appearances  across the country. Who can forget the famous photo of the Hemi Under Glass with all four wheels off the ground and just the wheelie bars contacting the pavement. It was dramatic to say the least and had fans cheering everywhere.
In this glorious new book, coauthorsMark Fletcher and Richard Truesdell offer you the opportunity to look up to the skies through Bob Riggle's eyes in this wheelstanding, must-have Mopar history book on the Hemi Under Glass! While the established stock and modified brackets are long-recognized as the heart and soul of drag racing, it was the wheelstanders that more often than not put butts in the bleachers. In that category, some of the most well-known names included Bill "Maverick" Golden's Little Red Wagon, Bill Shewsberry's L.A. Dart and Chuck Poole’s Chuck Wagon. Most memorable of all was the Hurst Hemi Under Glass Plymouth Barracuda campaigned by Bob Riggle.
Riggle started his career in the early 1960s as a car builder and mechanic for Hurst-Campbell and eventually ascended to pilot the Hemi Under Glass. When he left Hurst in 1969, the Hemi Under Glass franchise transferred with Riggle. He continued for six more years as the owner/driver of a succession of Hemi Under Glass renditions. In the 1990s he resurrected the concept of the original car—making four different versions (1966, 1967, 1968, and 1969)—and continued to thrill drag racing fans with his wheelstanding antics. At the time of this writing, Bob’s last run with the Hemi Under Glass was in the summer of 2019. He claims to have retired (he was 83 years old at the time), but he’s claimed that before!
For all the success he enjoyed over his long and distinguished career, which is believed to be one of the longest in all of motorsports, he’s best remembered for a run at Irwindale Raceway in early 2016 with comedian and car buff Jay Leno in the passenger seat in a video that has been viewed more than 10 million times.
This is Bob's story, one that Mark Fletcher and Richard Truesdell, co-authors of the 2012 book Hurst Equipped, are honored to share. They say the story was easy to tell—given their unprecedented access not only to Bob but also to his vast archive of photos that reflect his ongoing popularity. Many of the photos in this book are seen in print for the very first time.
Pages : 160
Size : 8.5 X 11 (inches)
Format : Paperback / softback
Illustrations : 259 color, 99 b/w photos
Publisher : CarTech Books
ISBN : 9781613257463
cartechbooks.com 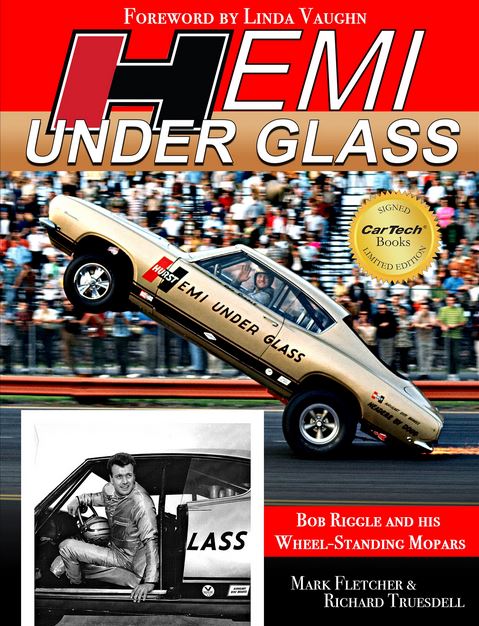 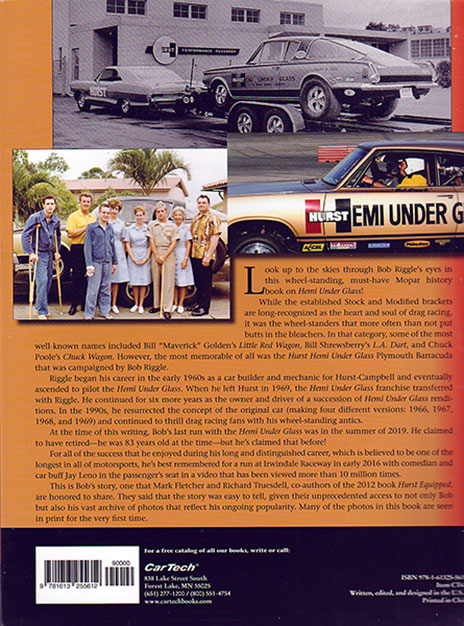