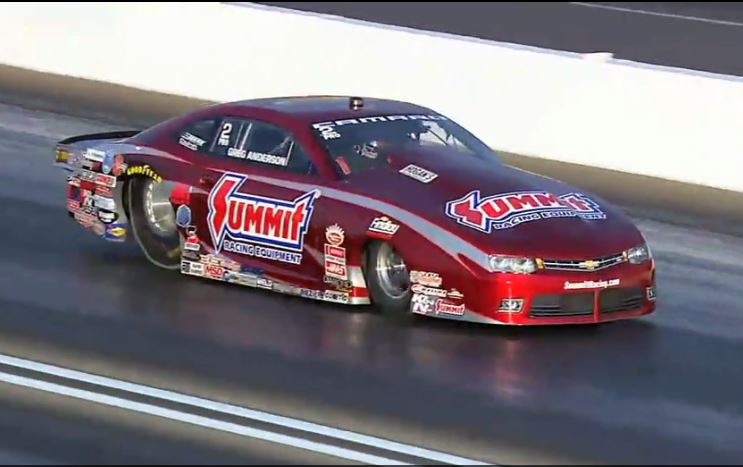 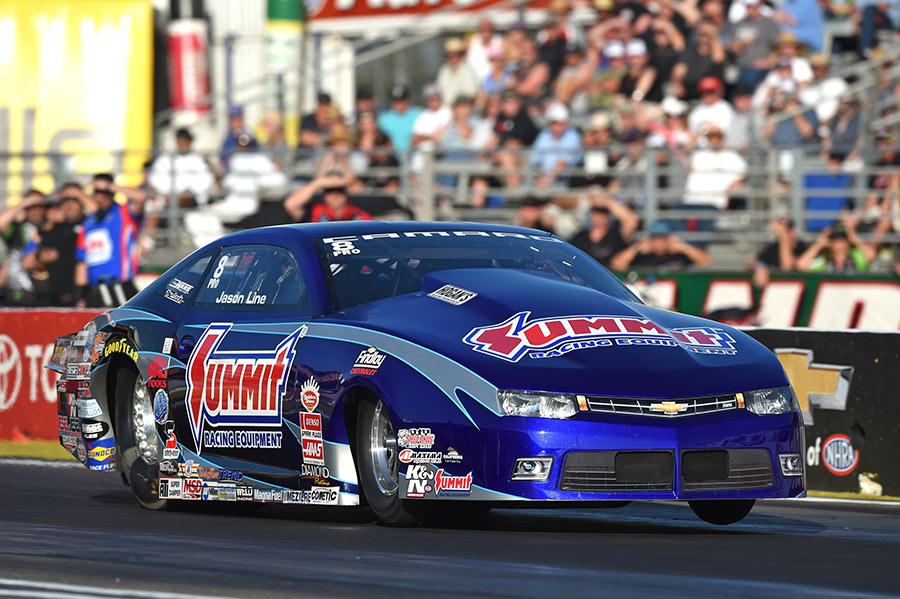 Greg Anderson wins Pro Stock with Holley Fuel Injection at the 2016 NHRA Winternationals. A 6.609 hole shot win over teammate Jason Line put Anderson into victory Lane and the 2016 points lead. While much was made of teams struggling to get a handle on the new fuel injection system, most teams found the learning curve quicker than expected. Anderson proved that by nipping his teammate in a close side by side race every bit as exciting as any previous carburetor race. Clearly a successful debut for Holley fuel injection, the season opener served notice that Pro Stocks will still be fast and entertaining in 2016.

Anticipation finally crested as the NHRA Pro Stock entries began qualifying for the Circle K NHRA Winternationals on February 12th.  Day one was a success as a full field of 16 cars showed up to qualify.  All but one car made successful qualifying runs and indications point to some close racing in eliminations. 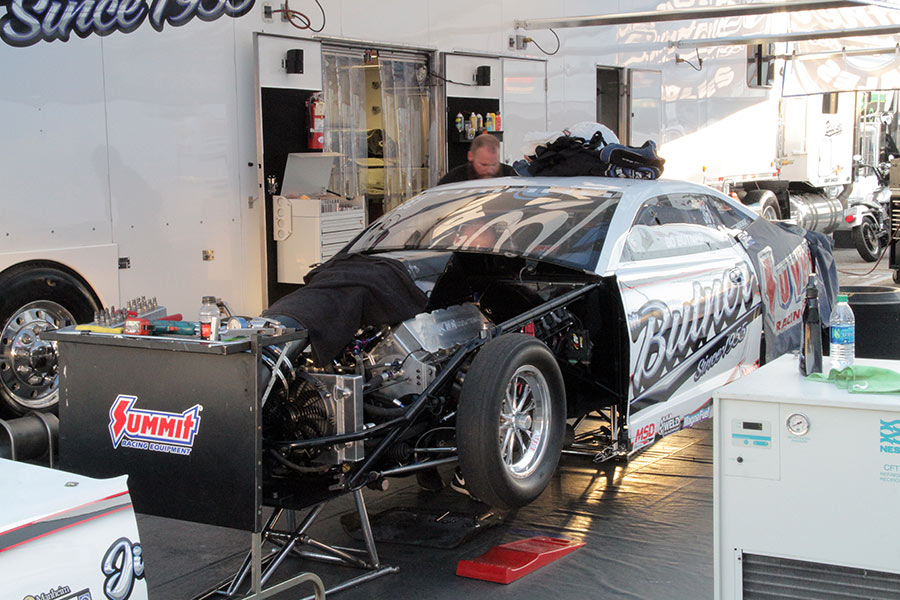 Some teams didn't have the new Holley EFI system that the NHRA selected to power all the cars in their hands until as late as November of 2015. In that short time, they accomplished monumental strides to ready their cars for the beginning of the 2016 NHRA season. Transitioning from carburetors to EFI in a Pro Stock car that displaces 500 cubic inches with revs limited to 10,500 rpm and needs to consistently run in the mid-6 second range in the quarter mile is no small task. It becomes exponentially more daunting when teams only have a few short months to revamp their race programs around fuel injection, new wheelie bar limitations and new hood/air intake restrictions as well. 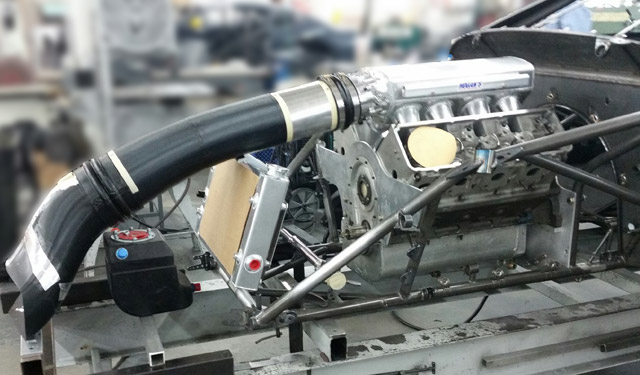 To successfully complete the transition, all hands labored feverishly around the clock for the entire time. To support the hard work of individual teams, Holley worked with many teams to help them overcome the learning curve as fast as possible. Holley's EFI system made the transition as easy as possible. While several drivers have a background with EFI in one form of racing or another, Jason Line, the current #2 qualifier, has no experience with it outside of his daily driver truck. While many people would look at that as a disadvantage, Jason said "Not having a background with EFI hasn't given me any preconceived notions about using it. I'm not used to doing things a certain way inside of a different EFI system because I've always raced with carburetors. That has allowed me to come in with a fresh perspective and take the EFI at face value instead of trying to do things a certain way that I used to, had I used EFI in the past." Line also jokingly added “Since it's the only EFI that I've ever use, that makes Holley EFI the BEST fuel injection system I’ve ever used.”

At the other end of the spectrum, Bo Butner, the #1 qualifier from day one has been using EFI systems in various applications since the early 2000s. Butner stated “The Holley EFI system has given us a lot more control over many more parameters than perhaps other racers aren’t as accustomed to. At the end of the day, EFI is a tool. You have to set your parameters, lock them in, and go from there. 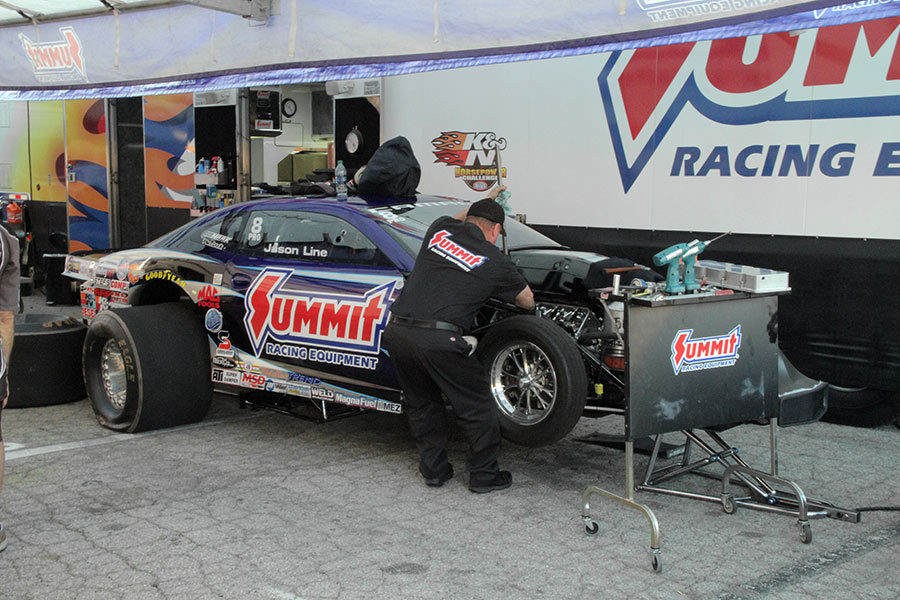 The Holley system has made that as easy as possible.” Chris McGaha, the current #3 qualifier echoed Butner’s sentiments to a certain extent. McGaha raved about the choice of the Holley as the EFI provider for Pro Stock, going on to say “Your imagination is the limit inside of Holley’s software. You can do and control everything from one spot to an almost infinite degree. Before the NHRA announced that Holley was on board to supply the EFI systems for Pro Stock, I was already planning on using a Holley system because of how easy it is to use. Compared to some of the other aftermarket EFI systems I have used in the past, the Holley software is by far the simplest to use, and it honestly has a lot more capability than even us Pro Stock guys need.” 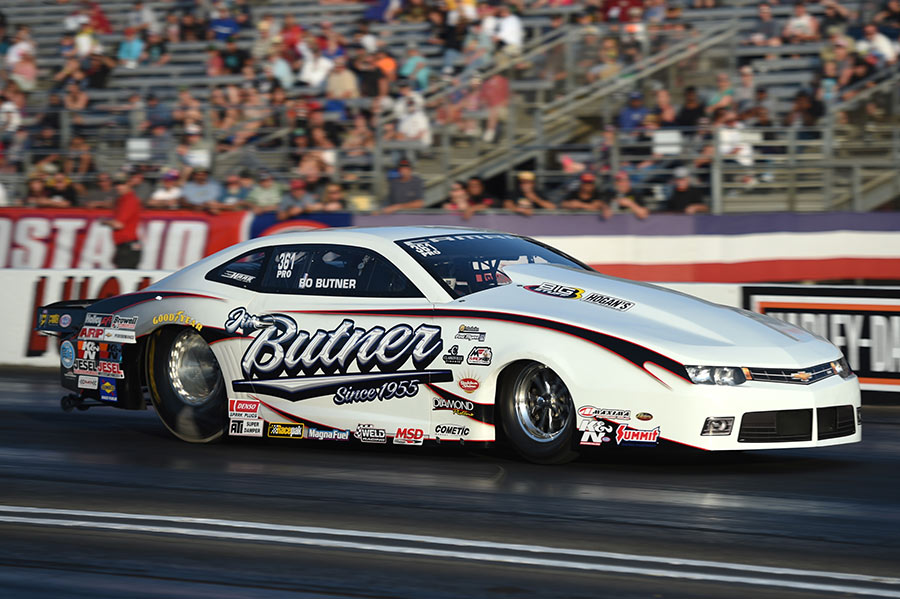 Jason Line vs Greg Anderson in the final _ separated by .002.