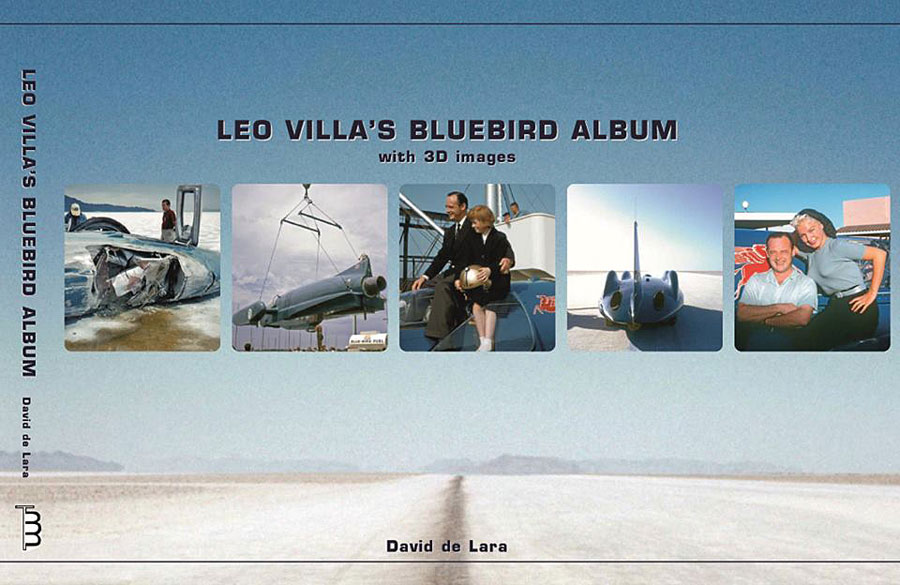 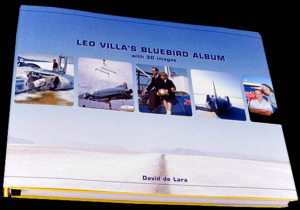 David de Lara's extraordinary photographic documentary of Donald Campbell’s Bluebirds brilliantly captures the complicated essence of Donald Campbell the man and the magnificent record smashing machines that anchored his life and ultimately claimed it. Author de Lara has assembled an undeniably up close and personal look at the Campbell Bluebird legacy. The book is packed from cover to cover with never before seen personal photographs that tell the story in rich visual detail accompanied by de Lara's superb informative narrative.

Most of the amazingly poignant photos were taken by Leo Villa who served as chief mechanic on virtually all of Donald Campbell's Bluebird projects and those of Donald's father Malcolm as well over a period spanning fifty years. Combined with additional photographs from other sources it weaves a compelling tale of Campbell's relentless quest for speed and underlying desire to live up to his famous father's legacy. Despite unprecedented trials and tribulations and paying the ultimate price for success, Campbell enjoyed a rich and fulfilling existence and ultimately matched his father's sterling achievements by becoming the first man to advance the land speed record above 400 MPH while achieving "The Double" by setting and holding the land seed record and the water speed record at the same time.

Campbell's endless struggle to achieve his goals are brilliantly brought to light with page after page of photographs revealing Campbell and his cast of amazing characters in the context of the times. A complex yet fun loving man surfaces from the pages surrounded by the people who loved him and served his interests. Chief among them was Leo Villa, who served as adviser, confidant and chief mechanic all neatly wrapped within a calming personality and extraordinary mechanical skills that helped the Campbell's ultimately smash ten land speed records and eleven water speed records between them. 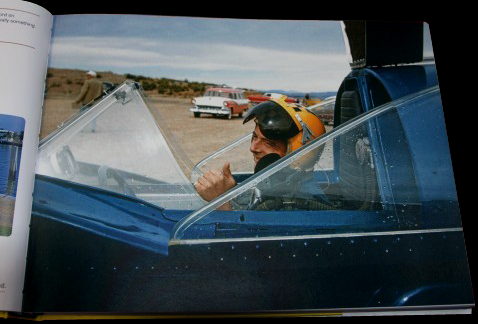 With 256 pages and almost 600 photographs, de Lara's beautifully produced hardback book unveils a rich and compelling tale of the fast living Campbell and his unparalleled conflict and endeavor with time, speed and the unforgiving elements that ultimately swallowed him up. It's a remarkably personal photo album that chronicles the lives and character of Donald and to lesser extent his father Malcolm; men pursuing a singular goal which forever remained a moving target. They gave and asked no quarter from the elements, the laws of physics or the gods of speed. Their challenge was vast and their commitment unflinching.

Villa's photographs reveal a man of evolving character; serious to the point of annoyance, yet a fun loving party goer who loved nothing more than a good time with friends. This is less a racing book than it it is a penetrating look at what life was like for a man driven to exceed all possible limits on four wheels. It's driven, tenacious, happy and ultimately a heartbreaking behind the scenes look at the man who set and matched unfathomable goals and lost his life in the process.

Villa's perspective derives from from his 50 year commitment to the Campbells and their quest for records. He was an intimate part of every record attempt, every triumph, every failure and all the work and effort that went into building, testing and racing every vehicle. It's as if Leo himself invited you for coffee and produced an old shoebox full of epic pictures scattered across the coffee table with a unique and compelling tale accompanying each one. It's real, its personal and very much how they rolled.

A very interesting bonus to this book is the inclusion of a wonderful assortment of 3D photographs taken mostly by Villa. These photos are spaced throughout the book lending a remarkably personal feel to the content. Each book comes its own set of 3D glasses for convenient viewing.