FORMULA 5000 IN NORTH AMERICA
The sixties and seventies were a grand era of American road racing with thrilling racing venues such as the Can-Am and Trans-Am series. Cam-Am was the upper echelon of these hotly contested races while the less expensive Trans Am series relied on the simplicity of stock bodied  factory cars from the Big Three with a 5 liter displacement rule. It's success spawned the Formula 5000 series, a more budget oriented effort also built around the idea of a standard American engine size.  Formula 5000 attracted entries from most of the well-known Trans Am teams including veterans like Dan Gurney, Jim Hall, Carl Haas, Parnelli Jones, Roger Penske and Carl Hogan. The series offered chassis manufacturers the opportunity to develop relatively affordable chassis designed to compete on all the famous North American and Canadian road courses with mildly modified 5 liter engines.
The cars were small, light and surprisingly powerful which soon attracted racing luminaries from Europe, Canada and the United States. Mark Donohue, Mario Andretti, Brian Redman, Peter Gethin, Al and Bobby Unser, Sam Posey and many others all went head to head for the Championship. These drivers and the speed of the cars attracted thousands of fans, and for a few years at least, some major sponsorship money. Unfortunately the the Sports Car Club of America and the United States Auto Club failed to provide the necessary support to grow the series. What had the potential to become America’s premiere open wheel racing series was abandoned, leaving a gap that has never been filled.
In his long admired style, author  John Zimmermann  relates the Formula 5000 story with a thoroughly researched round-up of Formula 5000 racing in America and a comprehensive overview of its early success and untimely demise. The book is fully illustrated with great photos of the cars and stars and provides an essential historical perspective for racing enthusiasts. 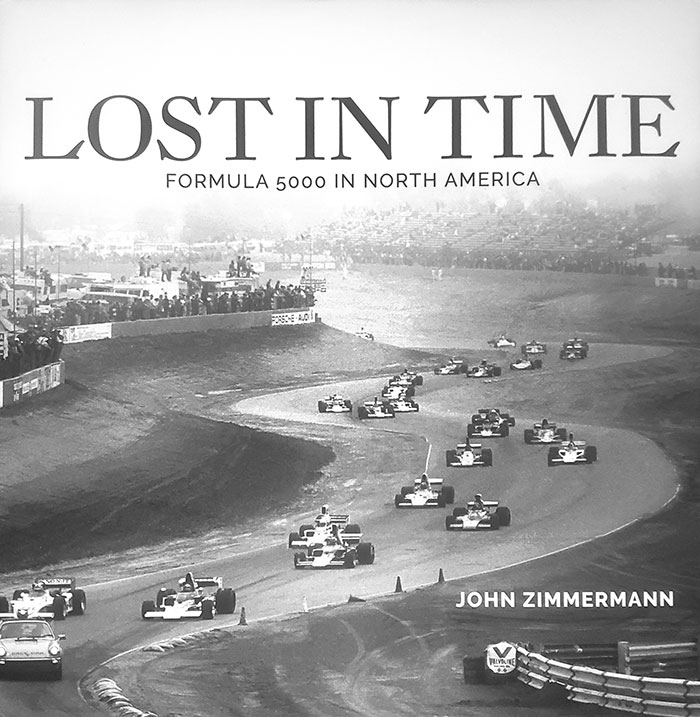 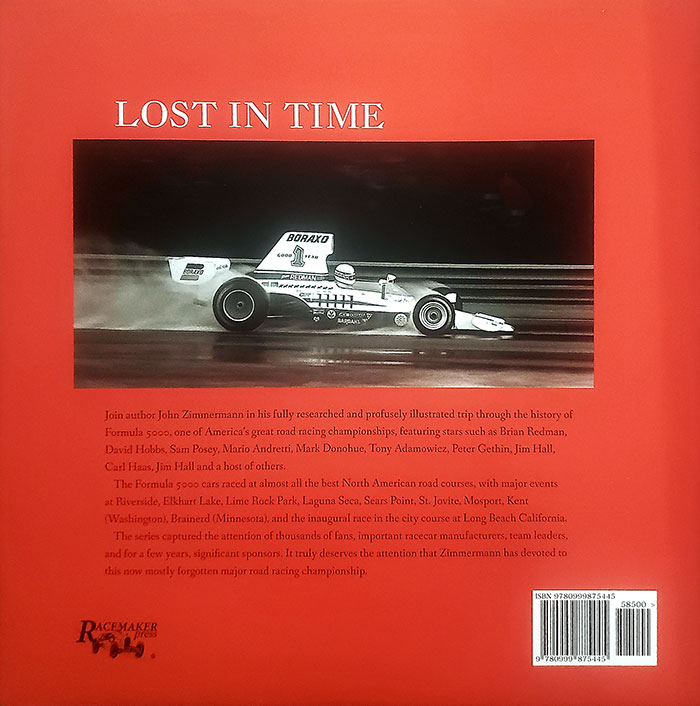