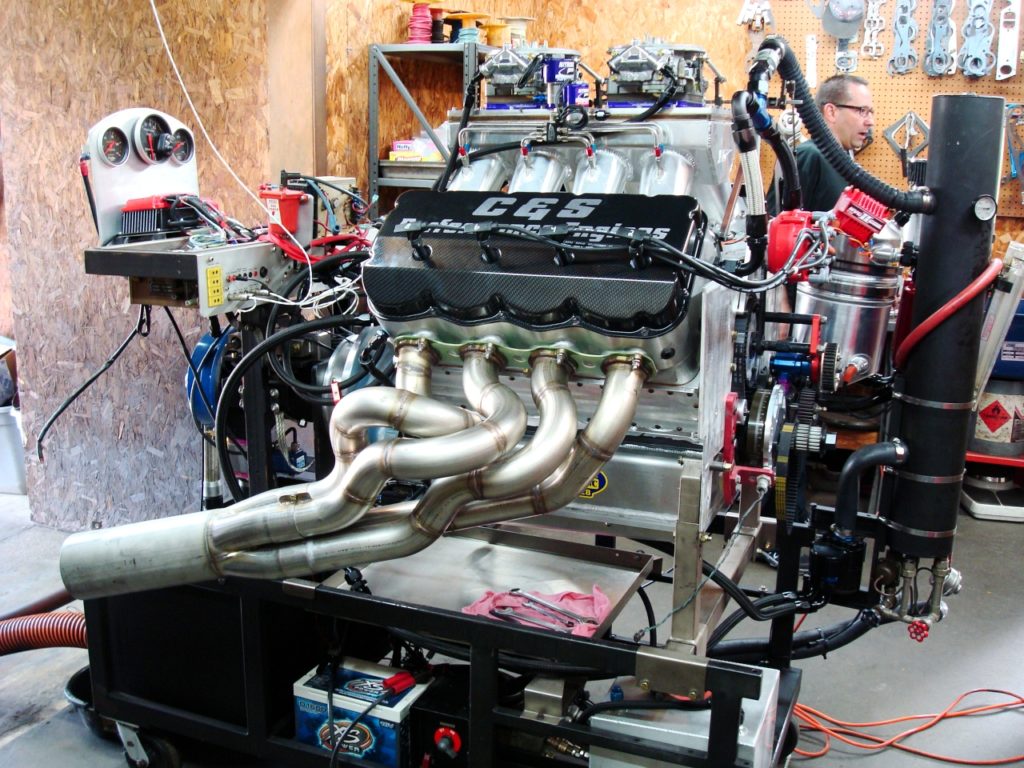 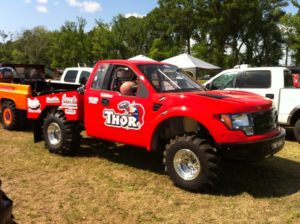 It was run with Larrys' new custom-built SF-871 Absorber setup on his SuperFlow SF-901 engine dyno which gives him about 3000 HP capacity and 2000+ Lbs TQ, thanks in part to a new Interface 5000 LbsTq Strain Gauge. C&S kept the compression ratio relatively low with C23 race gas and did not use Q16 oxygenated fuel because this year its not legal for Mud Truck. The 1572 HP single 4V Dominator version was the perfect setup as you can only run a single 4-barrel carb in that class.

Compare the accompanying PipeMax analysis with the actual test runs. 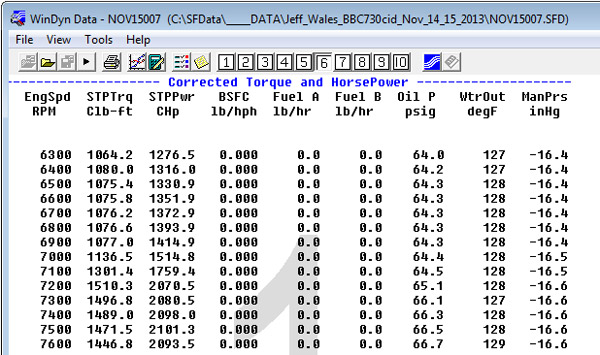 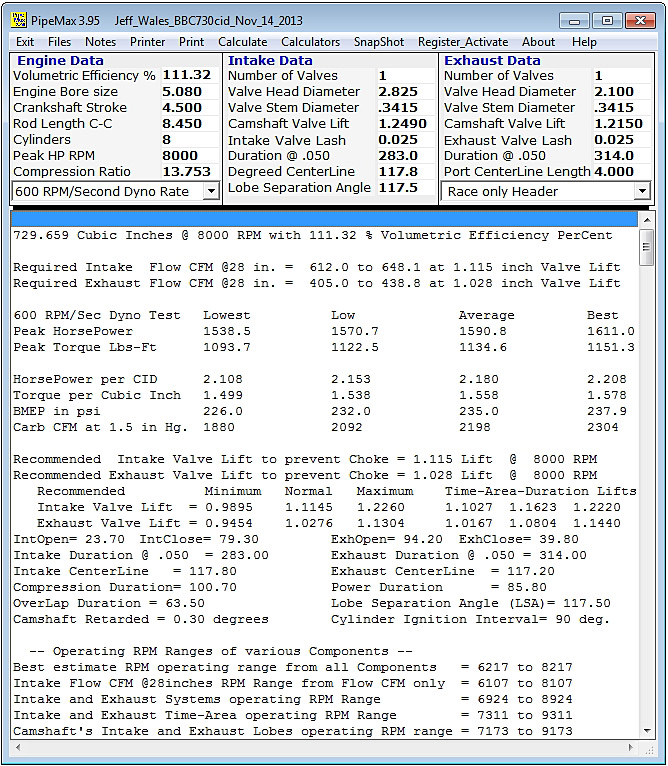 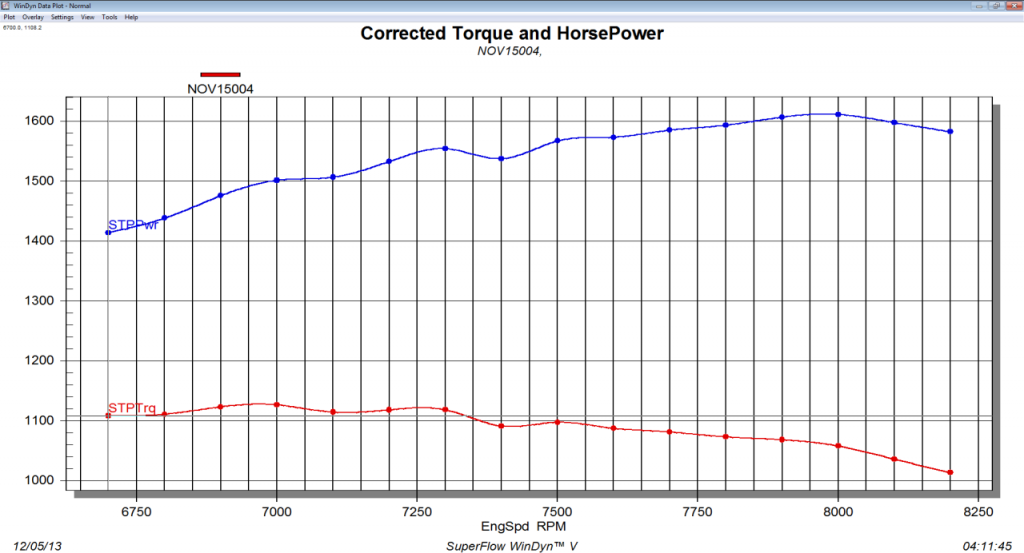 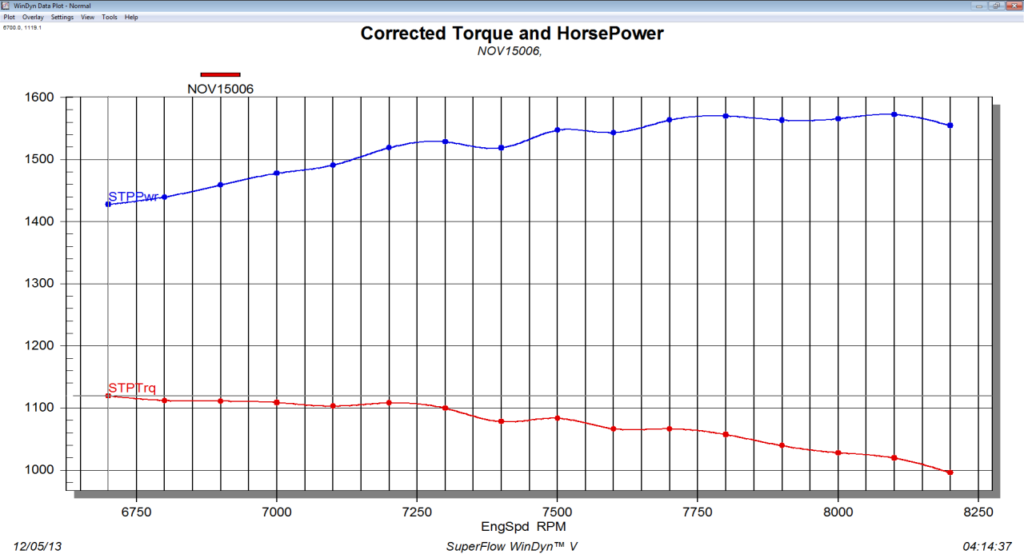 "We installed the latest MSD programmable ignition setup permanently mounted on the Dyno.  We needed that setup to start the high comp ratio engines and to program our own ignition advance curves especially when we test with various amounts of nitrous on the dyno. We retard the ignition timing a specified rate per rpm," Larry offered.

Initial modeling in PipeMax (www.maxracesoftware.com) helped Chris home in on the ideal combination and the results were clearly predictable. It's a beast. And don't_cha just know its gonna be one mud slingin' son of a gun.