INCLUDES W-30, W-31, W-32, W-33, W-34 AND MORE
Relive Oldsmobile’s most potent muscle car offerings when the simple letter W intimidated all takers.
Oldsmobile’s foray into the developing muscle car wars of the 1960s came as little surprise to most in the automotive industry. What was surprising was that it wasn’t the first to develop it! Oldsmobile’s Rocket 88 has been viewed by some as the beginning of performance offerings from automobile manufacturers. The 4-4-2 was Oldsmobile’s volley back at the Pontiac GTO, and in 1966, Olds attempted to spike the ball home with its all-new W-30 high-performance drag racing package.
During the course of the next two decades, Oldsmobile offered the W-code on a host of platforms (the Cutlass, F-85, 4-4-2, Toronado, and Delta 88) with an assortment of engine packages (400, 455, and 350). As muscle cars fell by the wayside during the struggling 1970s, Oldsmobile continued to carry its flagship W-30 all the way through the 1980 model year.
This book by muscle car historian and esteemed photographer David Newhardt revisits and celebrates Oldsmobile’s legendary W-optioned performance machines. So, sit down, strap in, and let Dr. Oldsmobile do the driving.
Pages : 128
Size : 8.5 X 11 (inches)
Format : Hardback
Illustrations : 210 color photos
Publisher : CarTech
ISBN : 9781613255407
Product Code : CT667
https://cartechbooks.com 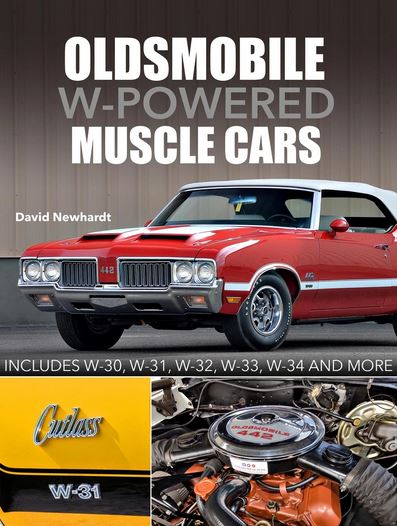