Another superb read from the talented pen of Robert J. Neal, automotive historian and suffice to say Packard enthusiast. Packards at Speed delivers an in-depth examination of the Packard Motor Car Company from the viewpoint of the firm's high performance and racing participation. Neal states that this book represents the first volume of his comprehensive effort to study the non-automotive engines of the Packard Motor Car Company. The first volume, Packards at Speed reveals the surprising depth of Packard's motorsports (if you will) involvement on land and sea and in the air. 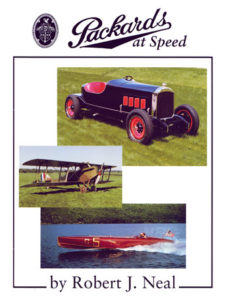 Much of this stems (as it does for automakers today) from early efforts to quantify and advertise the performance, economy and most importantly the durability of Packard Motor Cars. The company was organized in 1899 and began participating in these efforts almost immediately. By 1903 they were firmly immersed in the pursuit of performance as evidenced by the Gray Wolf racer (see photo); very much an aerodynamic Indy racer looking car that compete and won on various dirt tracks of the day and on the beach at Ormond Beach, Florida where it set speed records. Neal goes on to detail important Packard powered speed records including those set by Ralph DePalma whose American records were much faster than contemporary European records, but went unrecognized because the American timing standards were not recognized by the European based world sanctioning authorities. 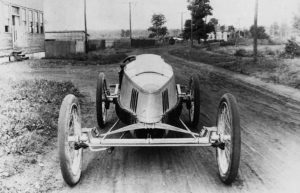 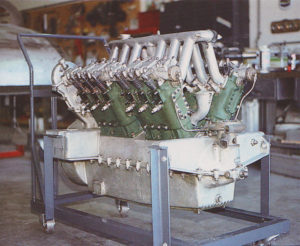 Neal's book details the use of specialized Packard engines in auto racing (including Indianapolis), boat racing and air racing. Most noteworthy were Packard's marine efforts with a host of large powerful marine engines used in Gold Cup racing and a broad variety of marine racing activities right up to the use of Packard built Merlin's in unlimited hydroplane racing. Then it describes in considerable detail the air racing efforts for the Schneider Trophy and all the various planes fitted with Packard racing engines.  And finally if describes the use of Packard engines in various other aviation activities including seaplanes, dirigibles, military aircraft and passenger and private aircraft. 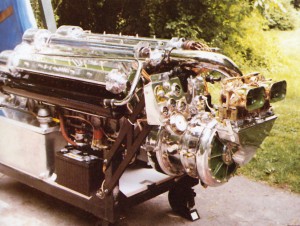 It should be noted that this book is an essential read for engine enthusiasts yearning to learn all they can about early high performance and racing engines. Although it is primarily a prelude to the second volume  Master Motor Builders, Neal  thoroughly sets the stage for detailing the incredible range of Packard engines that populated major racing venues of the first half of the twentieth century. As is characteristic of Neal's impeccable research and writing credentials, the book's appendixes offer every possible detail of Packard's racing  activities including all the engines and specs, all Gold Cup and Detroit Sweepstakes races, all the various Packard powered race boats, aircraft, race cars and records of performance and accomplishment. The work is beautifully printed on collectors quality stock with superb color and B&W photographs. Several shots are reproduced here to illustrate the depth of the work and to show the formidable nature of Packard's large displacement race engines some of which delivered well over 1000 HP.

This reviewer found the volume refreshingly thorough; so much so that I'm on my second read. Having learned new lessons about the remarkable significance of Packard power I have gained new respect for the somewhat forgotten brand. Recalling the more recent exploits of cam designer Bruce Crower with a modified straight 8 Packard at Bonneville I found myself eager to read the followup
volume Master Motor Builders for in-depth
details of the great Packard engines.