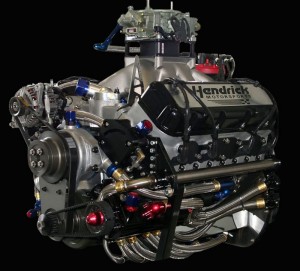 We're often asked how a racing engine differs from a street engine. It is not as easy to answer that question as you might think.  It all depends on the context. Most street engines have concessions made for daily conveniences such as all weather drivability, idle quality, fuel quality (pump gas), durability and perhaps fuel economy. Many production engines in the sixties had high compression ratios (11:1 to 12:1) requiring premium fuel. They were intended for daily use, but they weren't racing engines in the strictest sense of the term except a few like the L88 Corvette for example. Now days you can buy an all aluminum, 650 HP supercharged production car equipped with intercooler, dry sump oiling, forged crank, titanium rods, and a host of race related components. That's a street engine so the distinction begins to blur. To some degree the difference is probably the fuel. Most racing engines run on race gas, but that doesn't include many stock block circle track classes. 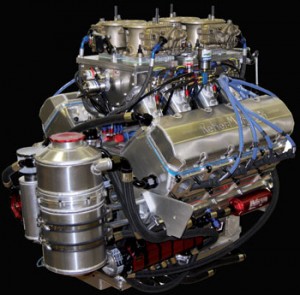 The best definition is an engine configured to meet the specific performance requirements of a particular racing series. More specifically that means that its induction and exhaust systems are critically sized (tuned) to deliver the most beneficial power curve to suit the racing application. Every component is selected and prepped to deliver optimum performance and as much durability as possible given the particular performance environment.

Many street engines are upgraded and blueprinted by bringing their dimensions up to factory specs. Race engines are more than blueprinted. They undergo critical mockup and reassembly checks to verify every clearance with less consideration given to tolerances. Everything is pushed to the limit and everything is checked multiple times. Racing engine's typically deliver volumetric efficiency in excess of 100% with a BMEP of 200 or better. They are built to deliver exceptional performance within a specific range of engine speeds and are often inefficient outside that window. In other words, they don't perform well on the street unless you drive your car like a maniac.