THE MAGNIFICENT MACHINES OF A MAN OF MYSTERY by PETE LYONS

The periphery of popular racing lore has long been inhabited by uncelebrated, yet innovative, and talented teams and individuals who have been largely overshadowed by popular and no doubt deserving racing heroes like the Dan Gurneys, Roger Penskes and others who shared the collective motorsports limelight for decades. Such is the focus of renowned racing author Pete Lyons extraordinarily detailed new book “Shadow” The Magnificent Machines of a Man of Mystery, a beautifully produced 468-page volume detailing the life and amazing motor racing stables of Don Nichols; designer, builder and driving force of the Shadow Can Am and Formula 1 racing cars.

Nichols emerged from the post WW II recovery with the solid background of a D-Day paratrooper and Army counter-intelligence officer to launch an entrepreneurial and controversial motor racing team that went against the grain of conventional race car design. In the final tally, Shadow became the only American team to score a Can Am Championship and one of just three to capture a coveted Formula 1 victory. The journey was long, arduous and fraught with setbacks as aptly described in Lyons’ professionally researched book. 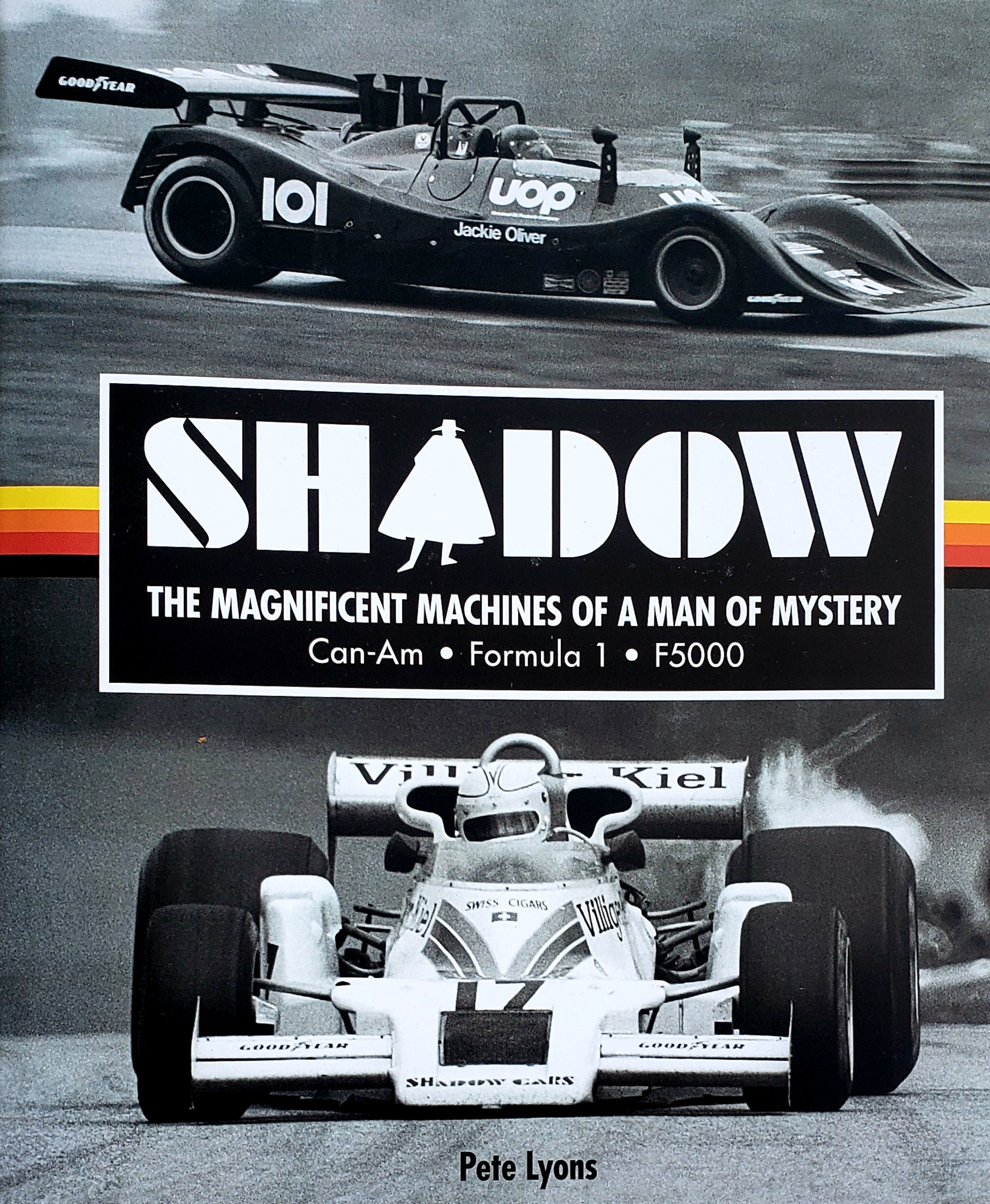 Nichols’ Shadow cars were smaller and lower than anything previously seen, especially compared to the lager McLaren and Lola Can Am cars of the period. Powered by the obligatory American V8 and fueled by Trevor Harris’s sci-fi fuel injection systems, the Shadows withstood underdog status much of the time, yet they often proved more formidable than anyone expected. 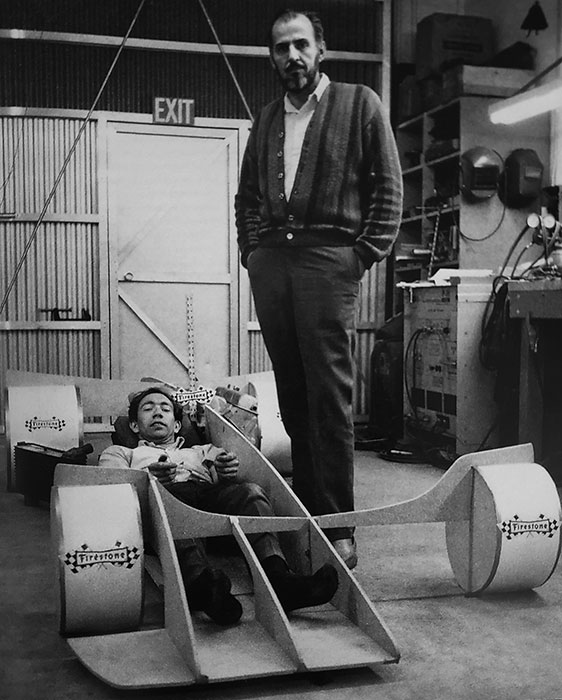 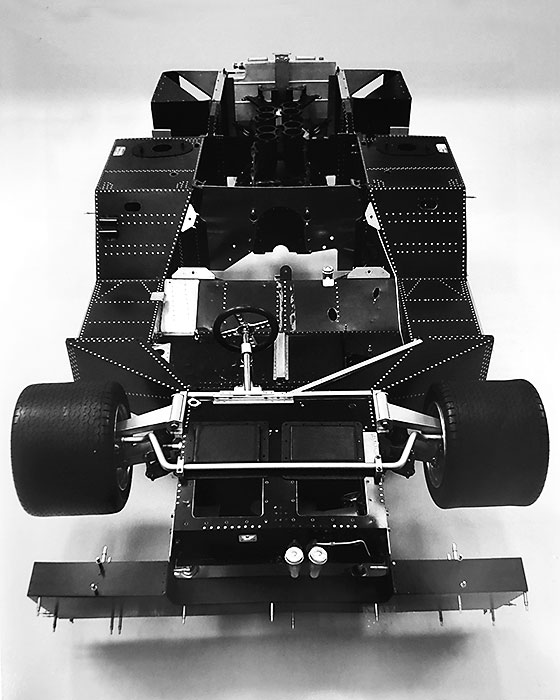 Progressing through the book, readers are regaled with tales of the team’s Formula 1 win with Alan Jones driving at the 1977 Austrian Grand Prix. The Shadows Formula 500 cars and second-generation Can Am cars are also shown, revealing Nichols inventive approach to these racing series. The Shadow and UOP (Universal Oil Products) logos on the side and spoilers of these cars belied their unmistakable presence for eleven seasons between 1970 and 1980. 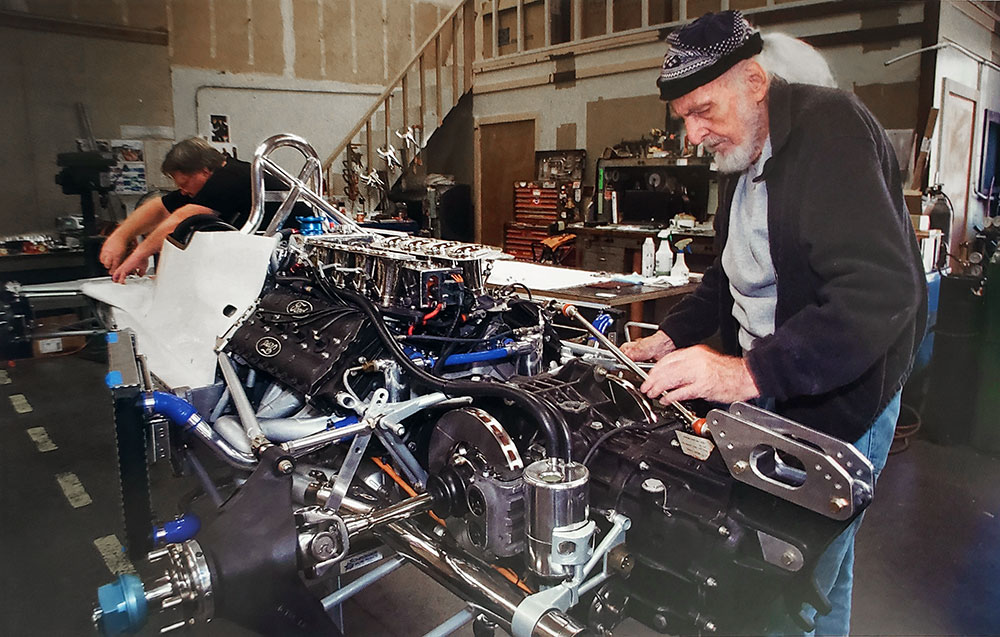 Period photographs and illustrations perfectly complement the text, and they afford an insightful engineering glimpse into the brilliant technical details of the car’s design and construction. Most compelling is the author’s obvious passion and countless hours, months and years sorting and assembling the intimate details of the man and his machines. Pete Lyons is a distinguished motorsports author well versed in merging the technical elements and human interest of teams and machines that occupied a golden age of high-level racing. 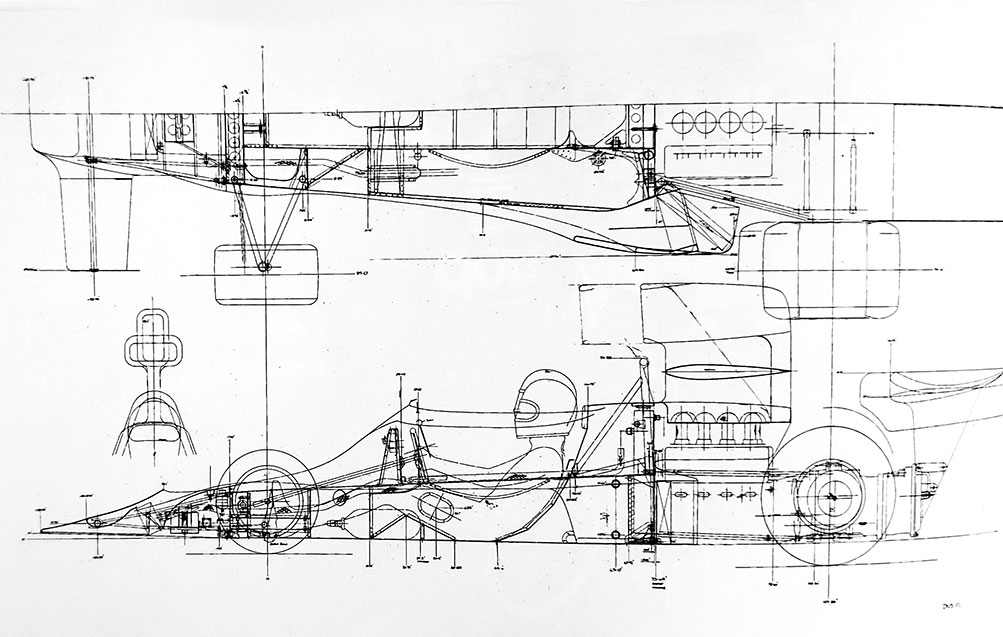 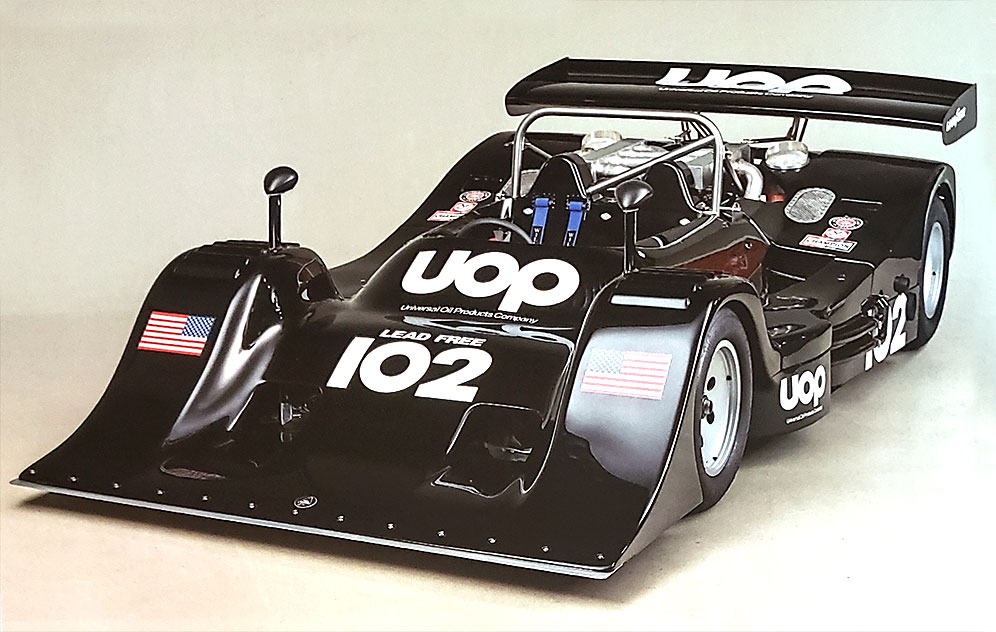 This book belongs in the collection of every motorsports enthusiast and modern motorsports engineers who are likely to marvel at the pioneering conceptions and strategies of a driven racing designer and his small team of equally passionate racers. A real “page turner”, to borrow a conventional publishing term, this book delights and surprises readers at every turn. This reviewer found it hard to put down and easy to return to time and again for more amazing revelations about the Shadows and their quiet determined designer.

Sample photos excerpted from the book