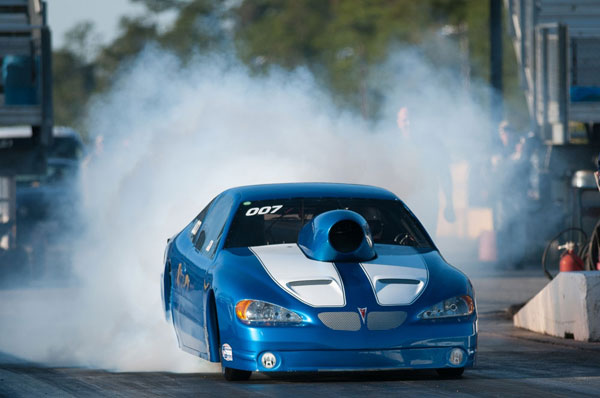 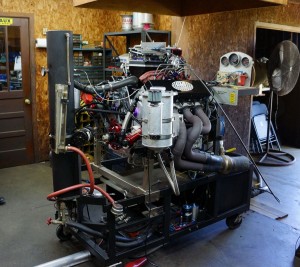 October 27: Shannon Wix set a new Texas Doorslammer  record with a 7.15 second 195.65 MPH blast at Evadale, Texas.  Wix surpassed the existing record by nearly two miles per hour with a top end charge largely attributed to his 1387 HP, 647ci BBC built by C&S Performance and equipped with a set of Dart/Olds 14deg 2.500/1.850 Max Ported by Larry Meaux of Meaux Racing heads. C&S Performance builds a plenty stout engine and this one was further tweaked with Meaux's unique rough port texture treatment as described in our recent porting story interview with Larry. While equipped for nitrous oxide, the new record was an "All Motor" pass; just the second run on the car.

Click here for more information on the rough texture intake ports. Larry Meaux has been developing this procedure and has currently implemented it on the entire intake system of sever record setting cars like the Wix Pontiac.

Our thanks to Texas Borderline Photography for the use of their Wix burnout photo. See more of their superb drag racing photos at: http://www.texasborderlinephotography.com