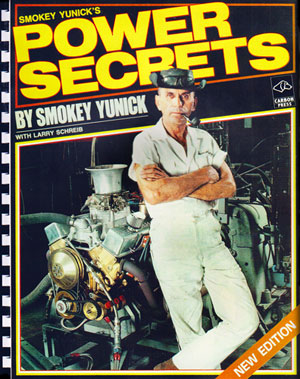 Engine building books have come and gone over the years, but few have maintained the resilience of Smokey Yunick’s Power Secrets. Perhaps the best known and most widely respected racer, engine builder and innovator or as Smokey would have put it, “mechanic” in all of today's motorsports, Smokey has never been one to mince words. He’s direct, upfront and says what he thinks at all times. In the late seventies, a small startup publisher S-A Design published a book about Bill “Grumpy” Jenkins drag racing engine tricks. It was so well received they believed they were on to something, so publishing partners Larry Atherton and Larry Schreib upped the ante and approached the most famous mechanic in oval track racing to reveal his methods and techniques in their next best selling performance book, Smokey Yunick’s Power Secrets. 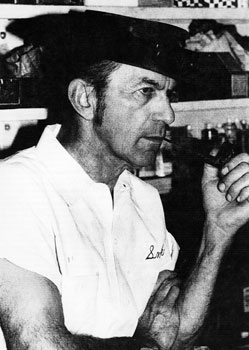 Smokey was open to the idea and Larry Schreib temporarily set up camp at Smokey’s “Best Damned Garage in Town” in Daytona Beach and labored furiously to piece the book together while following Smokey around as he did what he did best; building and testing race cars and racing engines. The end result was Smokey’s Power Secrets book that has been in near continuous publication since 1983. It underwent one revision and has been reprinted a total of nineteen times. In the mid-nineties, S-A Design was purchased by CarTech Books who kept it in circulation until 2009 when the rights transferred over to Carbon Press, the company that Smokey established to publish his epic autobiography in 2001. (see accompanying review in Racer’s Library section).

The latest version of Smokey Yunick’s Power Secrets reviewed here is unchanged in any way except for a few photos substituted for those that no longer reproduced well. What has changed is the format. The new version features larger type for easier reading and it has extra space for readers to make notes. And for the first time, it is now coil bound so the pages lay flat when you want to lay it out on a workbench for reference. 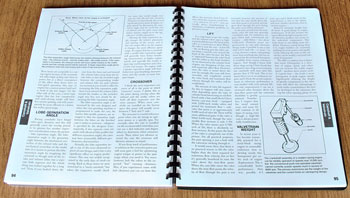 Although written in the early eighties, virtually all of what Smokey reveals about race engine building in this book still holds true today. In similar fashion to most engine books Smokey works his way through the engine in straightforward manner, revealing surprising details with his own spin on cylinder blocks, bore stroke ratios, bearings, clearances, crankshafts and rod ratios, pistons, rings, cylinder heads, camshaft and valve train, airflow, induction systems, carburetors, exhaust and ignition, lubrication and every detail related to all of these topics. Readers will quickly realize that Smokey had it all figured out back in the day and most of us are still playing catch-up.

One of the best things about Smokey’s delivery is that he has a way of making you see the relationship between engine components from a common sense viewpoint. He reminds us that every component in a racing engine has a specific purpose and a need to interact seamlessly with all the other components. He helps the reader understand some complicated physics with everyday terms and easy to understand explanations. Novice readers discover a point where the light comes on and they suddenly see the big picture Smokey is painting. Much of the information is fundamental, but Smokey presents it in such a way that you begin to understand how the proper mix of components combines to make far more power than most readers ever realized.

There are a lot of engine building details in this book, primarily relating to small block Chevys, but in most ways fully applicable to any racing or high-performance engine. Think of it as an educational investment where “the word” is handed down from the guru master. As racing engines go, Smokey’s word is pretty much gospel and the church is still in session. We recommend that you get your copy of the engine builder’s bible and pay attention. Smokey’s gone from us now, but his influence is as strong as ever and he’s still preaching. Everything you need to know is all here in the engine builder’s “Good Book.” Get yours today and race with the confidence that Smokey himself helped you plan and assemble your racing engine. −JB