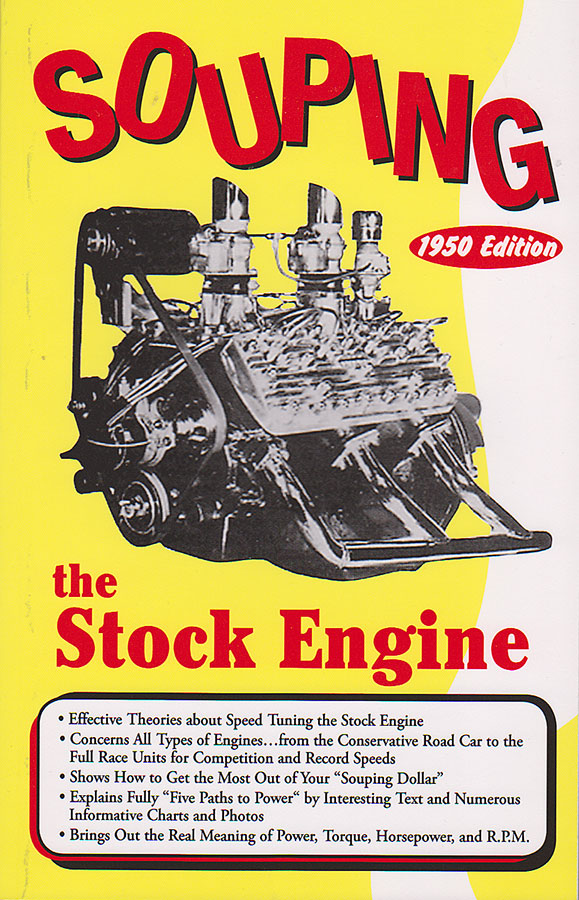 Written by veteran automotive authority Roger Huntington, Souping the Stock Engine still ranks among the classics of early performance books. Published in 1950 by Floyd Clymer books it predates most modern OHV V8s. Huntington expertly relates automotive theory and describes every function of engine performance in exhausting detail. Couched in the technology and lingo of its time, the book nonetheless describes all of the high-performance techniques and theories we still pride ourselves on today. Flatheads were already whizzing well over 200 mph at Bonneville and while hot rodding was still in its infancy hot rodders were already pushing the bounds of factory components and beginning to design their own high-performance parts. you have to read this book as if you had never seen an OHV V8 engine and the hottest thing you know is an Arden head Flathead. 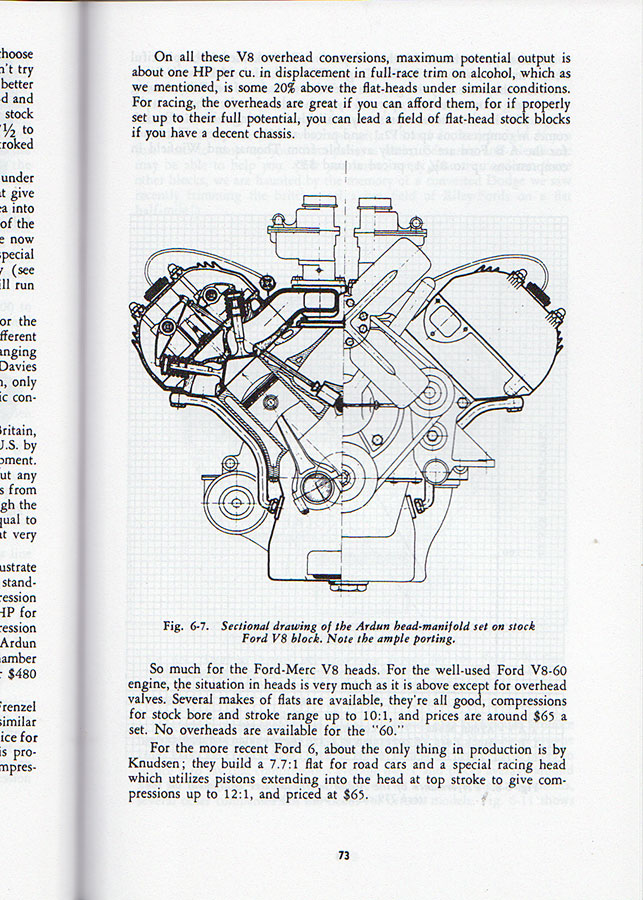 Roger covers the Ford and Mercury V8s, the Ford V8 60, Chevrolet 6, Chrysler, Desoto Dodge 6 and V8, Ford Models A &B, the Hudson Super 6 and 8 Lea Francis, Offenhauser Midget, Plymouth 6, Studebaker Champion 6, Willys and the Cadillac OHV engines all in detail and with specific observations and recommendations. the book helps you understand how the performance world thought in the early fifties and how some of the things they came up with foreshadowed important developments down the road. It explains engine performance and stock engine characteristics and clearly lays out the important paths to power improvement in the short block, the cylinder head, gas flow, ignition, bearings and lubrication plus early forays into fuel injection, supercharging and better fuels.

Intended for the general reader, the book relates to all types of engines, including regular road cars and race cars and everything in between, particularly early hot rods. The was the "go to" book back in the day. It showed you how to get the most bang for the buck out of stock and modified parts. It describes the five essential pasts top power with illustrated charts and photos that clarify the meaning of power, torque, horsepower and R.P.M. and how to  get there. there is more precise and informative performance detail in this book than you would ever imaging and that's why it remains a classic as written by one of the pioneering engineers and journalists of the early movement.