A Trackside Memoir of Early NASCAR 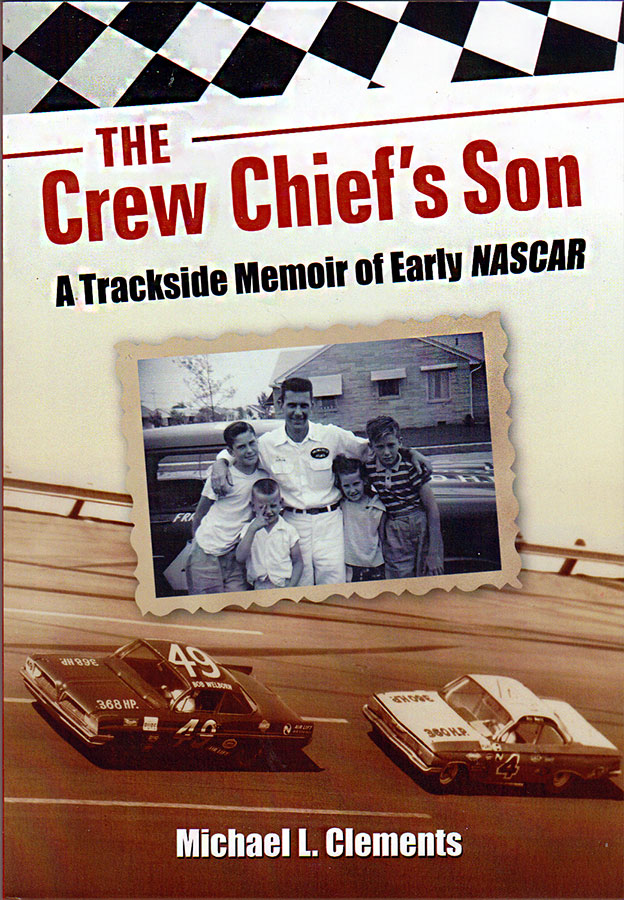 The early days of NASCAR racing were characterized by a rough gritty life on the road with simple comforts, endless work and minimal sleep. Those who sought to rise to the top paid a steep price and most would do it all again if they could. It was challenging, tiring and off the scale exciting for the racing pioneers who who towed from town to town on cheap rickety trailers with race cars they had poured their souls into all week only to  be crashed early on.

From 1957 through 1965 car owner and racing mechanic Louie Clements traveled  NASCAR's emerging Grand National stock car racing series and he brought his entire family, wife and five kids along for the ride. Clements was the owner and crew chief for then championship driver Rex White. 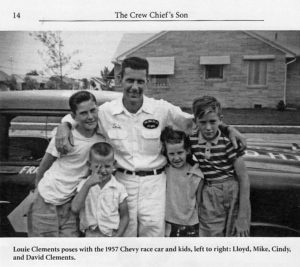 Michael Clements, the youngest son has chronicled those years in extensive personal detail as he recounts life on the stock car circuit in the early days. It is particularly admirable that Clements recalls so much of the flavor and events of the time when he was still a very young man. And he is able to support it with wonderful period B&W photographs that depict the rugged life of a traveling car owner and mechanic following the trail with family in tow.

This is a fabulous book for anyone seeking to follow a gripping narrative depicting the ups and downs of navigating  the NASCAR circuit before the advent of multi-car teams, big sponsors and big budgets. This was down and dirty stock car racin' with all the southern flavor and very little pomp. Clements is an inspired writer, telling the story with remarkable clarity and penetrating analysis of the various events and characters of the day. Even as a youngster Clements was able to grasp the significance of memorable events and file them away to present to us now.

If you want the inside story on early NASCAR racing and life on the road this is the book for you. From the controversial Chevrolet mystery motors to who built what and when, who cheated, who broke and who won in spite of it all, "The Crew Chief's Son" delivers the facts. This book is HRET approved with a big thumbs up for can't put it down reading.