Sometimes we discover cars that demonstrate such an extraordinary level of commitment to hot rodding, racing and engine building that we just have to share them with our readers. Such is the case with the Doomsday Impala built and campaigned by Andy Bennett and Dave Evans in the UK. It's rare indeed even in America for racers to go to the extremes that these men have done to create a one-of-a-kind supercar that captures the admiration of everyone who see it. It's difficult enough to build a car like this in the United States, but when you have to source almost everything from overseas it requires a level of determination not often seen. 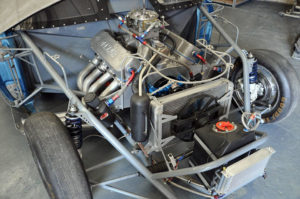 The Never Again Drag Racing team consisting of Andy Bennett and Dave Evans is backed by legions of friends, supporters and contributors. Andy and Dave have both built and raced a number of previous cars and the  wanted to create something completely unique in all the world. The Impala body was found through stateside Impala guru Jon Krogh of Wisconsin who directed them to Jacob Rubio in Antioch California. Jacob was selling a palomino ivory 2 door Impala sport coupe (fastback) rolling shell.  The guys purchased it  minus the trim, glass, interior, engine and box in  January 2007. Three and a half years later the wicked looking Doomsday Impala emerged from their humble shop ready for action. 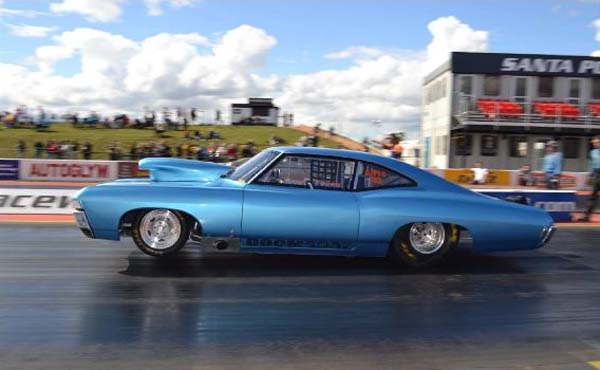 Photo by Tog at Eurodragster.com

According to Andy, the single 4-barrel car has run a best of 8.80 at 150mph with 489ci naturally aspirated on methanol. In 2012 they damaged the motor so it was rebuilt to 496ci for this season, (as yet untested). They are hoping it will tip it below 8.80 as it already ran very consistent high 8's with the 489. The chassis is tagged to 6.0 but the team is not sponsored and both guys work for a living, so funding has delayed plans for a 632ci engine that they believe will allow the car to run mid 7's consistently. The British economy is poor and work in the construction industry is intermittent. Dave has struggled as a stone mason. You have to applaud these guys. They're everyday working men with the fire and passion for racing and hot rodding we can all admire.

The 489 engine was around 800hp it's not been dyno'd with the new build and they're hoping the 496 makes a little more. Recently Dave tagged the wall when the steering wheel cam off its mount on a very hard launch. A simple $5.00 part cost them a full side repair and repaint. But setbacks don't deter them. Hardcore is not the exclusive property of the American hot rodder. Andy and Dave have gone to greater lengths than most to make their performance dreams come true. The Doomsday Impala is clear evidence of their remarkable commitment. 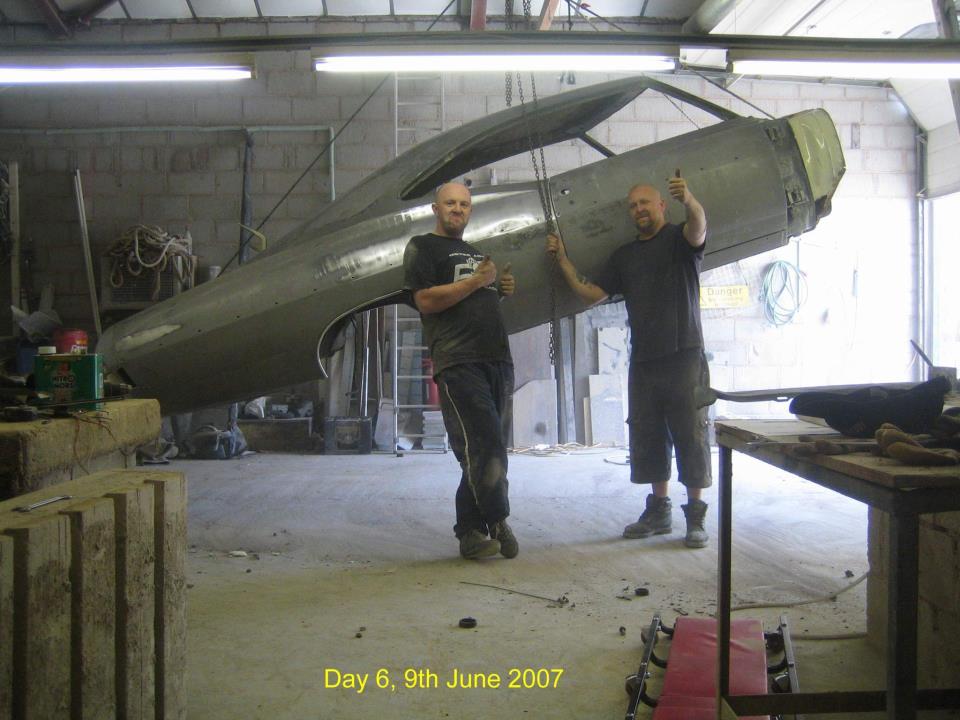 Here's Andy and Dave with the bare Impala body only six days into the build.

One of the best things about this build is that the guys were careful to thoroughly document the entire process right from the time the car left Jacob Rubio's driveway in the United States until the slicks hit the pavement in the UK more than three years later. They have over 5000 hours in the build with extensive photo collections and a book was generated about the car (see book review). The build sequence is so complete that there is no way we could show you all the detailed photos describing it, but we are providing an extensive set of links that take you directly to the team's extensive web site and other media locations that detail the car's construction and subsequent history. 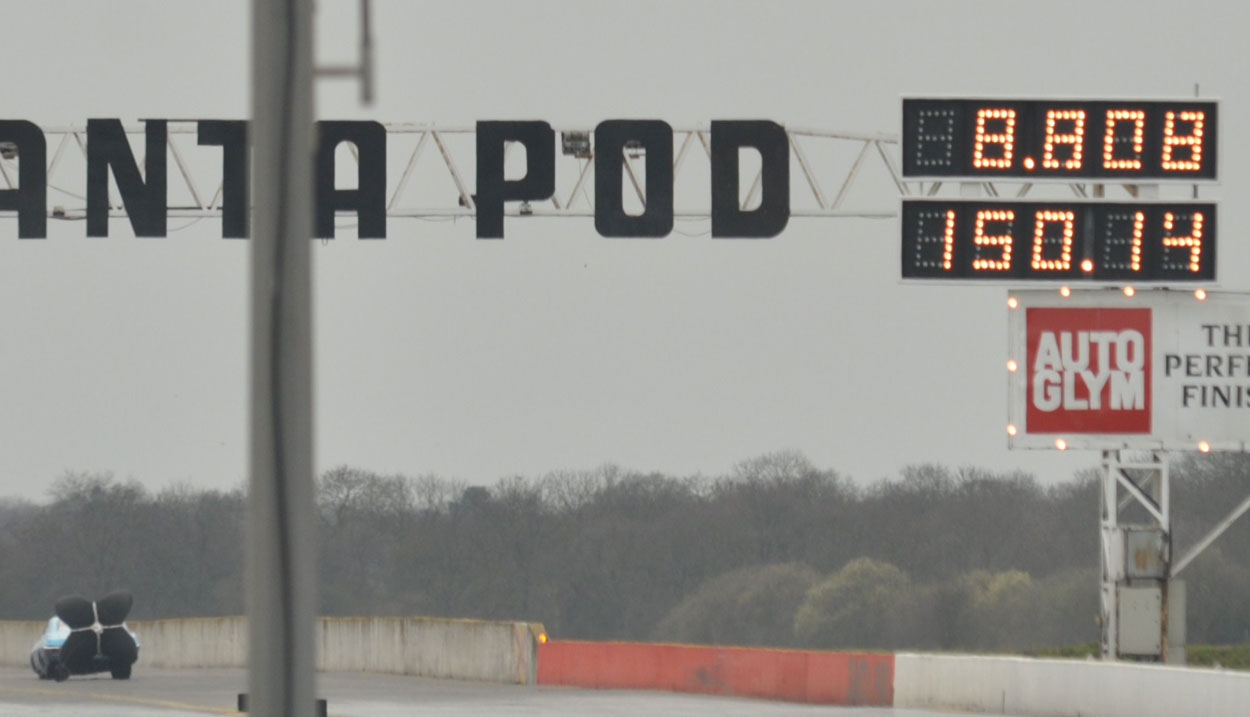 Brakes
Strange all round, Parachute

Tires
Good Year Eagle all round 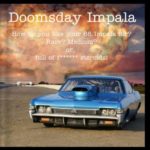 http://www.mediafire.com/view/?0yadal20w7497gd
Note: contains some topless photos (just a few) from a modeling shoot done with a semi pro photographer