DON PRUDHOMME, MY LIFE BEYOND THE 1320

For the first time ever, Don "The Snake" Prudhomme reveals his incredible life and career on and off of the drag strip. Automotive author Elana Scherr spent a year with Don "The Snake" Prudhomme, having coffee together and recalling his life, his racing, his friends, and his family. He opens up with intimate details about how he rose from being a high school drop-out who was painting cars to a respected Top Fuel dragster driver and successful businessman. You will learn how he toured the country with Tommy Ivo and "The Hawaiian" Roland Leong, racing all the legends from "Big Daddy" Don Garlits to "The Golden Greek", Chris Karamesines.

He describes how he met Tom McEwen and recalls how they became the Snake and the Mongoose, leading to a career in Funny Cars that netted him four championships in a row. He talks about the thrill of first wins and owning his own teams but also the struggles of bad seasons, crashes and fires, broken parts, and broken contracts. Along the way, he speaks about the people in his life, such as engine-builder Keith Black and NHRA president Wally Parks, and those who were killed in the wild and unpredictable sport of nitro racing. 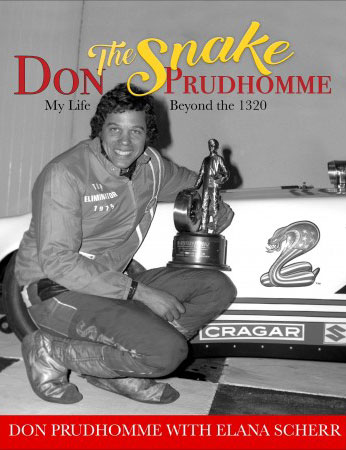 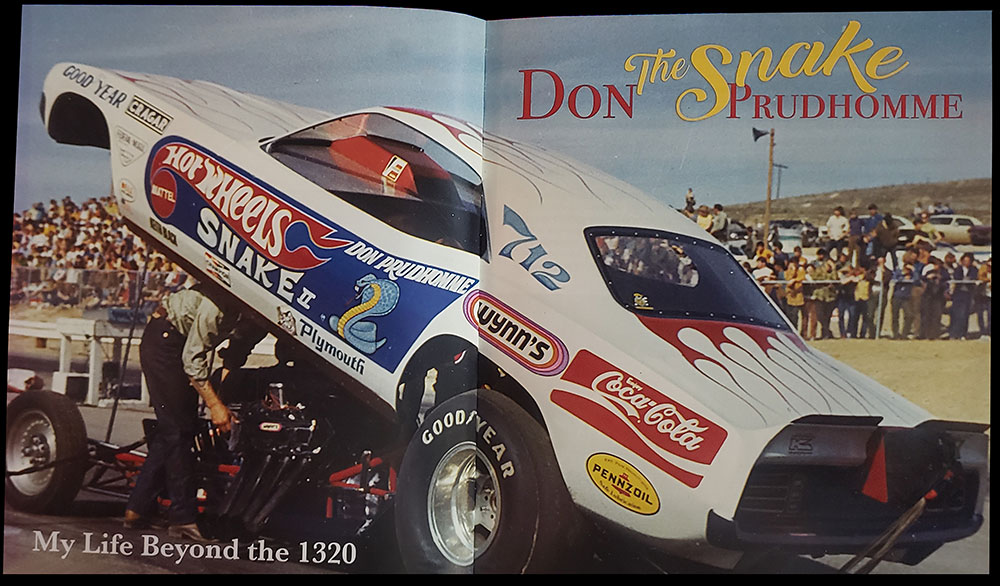 And it’s not just racing. Prudhomme shares lessons learned about business and life from such varied sources as a neighbor in Granada Hills to Ford GT40 driver Dan Gurney. He also stresses the importance of family: how his wife, Lynn, and daughter, Donna, changed his world and how learning about his African American roots opened his eyes to a culture and inheritance he’d always wanted. 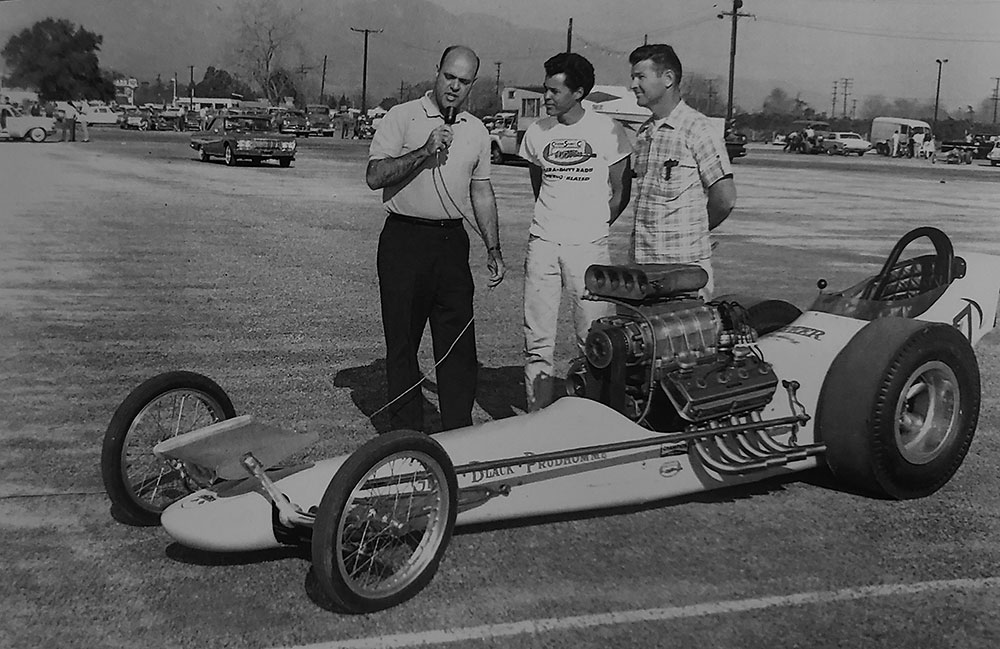 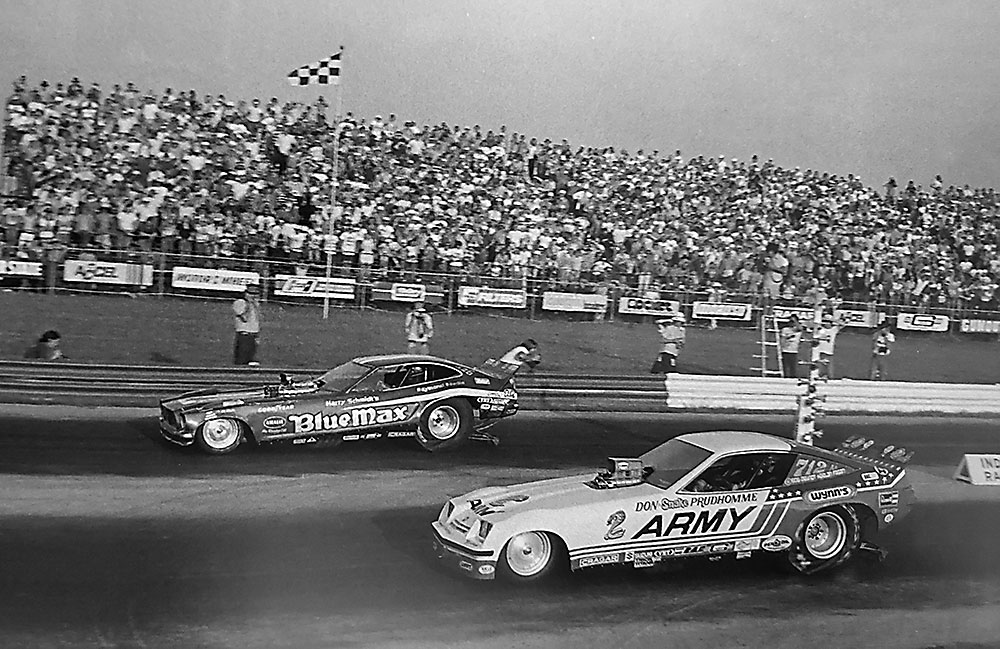 Elana Scherr’s passion for motorsports shines brightly in her dedicated research efforts and the great selection of photographs that illustrate Prudhomme’s life and racing career. This is a must-read book for any drag racing enthusiast, particularly those who follow the fuel classes inhabited by legendary racers who brought drag racing to the forefront and made it acceptable to the public. Drag racing collectors will most assuredly want to add this book to their reading list. 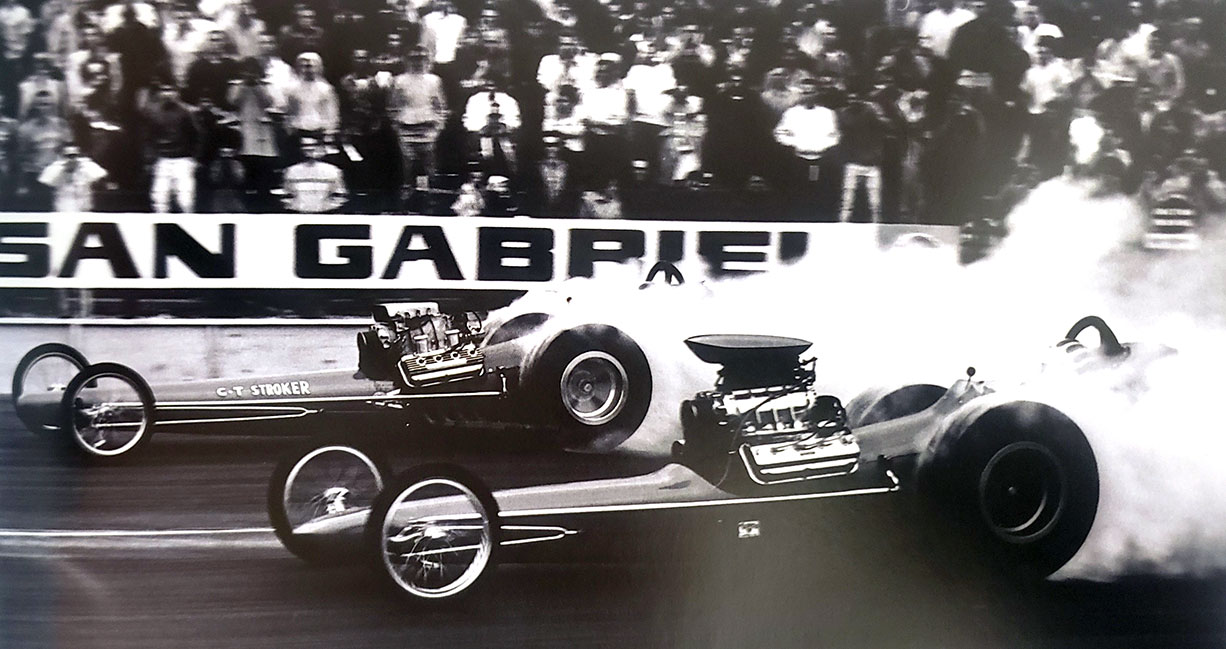