FINDING THE HIDDEN HORSEPOWER IN YOU LUBRICATION SYSTEM 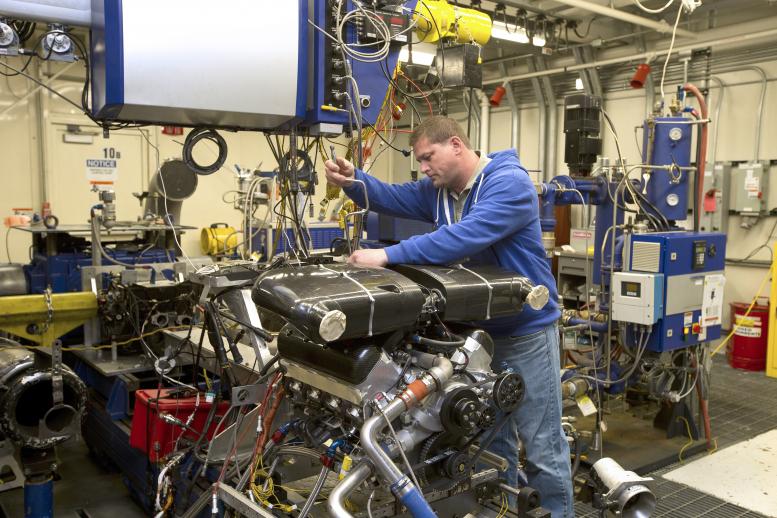 Tribology is a strange word that means the study of friction, wear, and lubrication. You might be wondering what tribology has to do with drag racing? Well, in short—a lot. If you think about it, there are dozens of critical parts in drag cars that move in lubrication, and optimizing those parts has the potential to make every car quicker. Yet while each of our vehicles may have a different powertrain, one area that each has in common is they all have piston rings. And it turns out, piston rings are one of the prime areas that tribology focuses on. Let us explain.
The highest source of friction in an engine comes from the contact between the cylinder wall and the piston rings. Research from Ford Motor Company and the U.S. Department of Energy concluded that roughly 45-percent of all engine friction comes from what the FY 2013 Progress Report For & Lubricant Technologies from the Energy Efﬁciency and Renewable Energy Vehicle Technologies Ofﬁce calls the “cylinder subsystem,” which consists of the main bearings, pistons, rings, and rods. 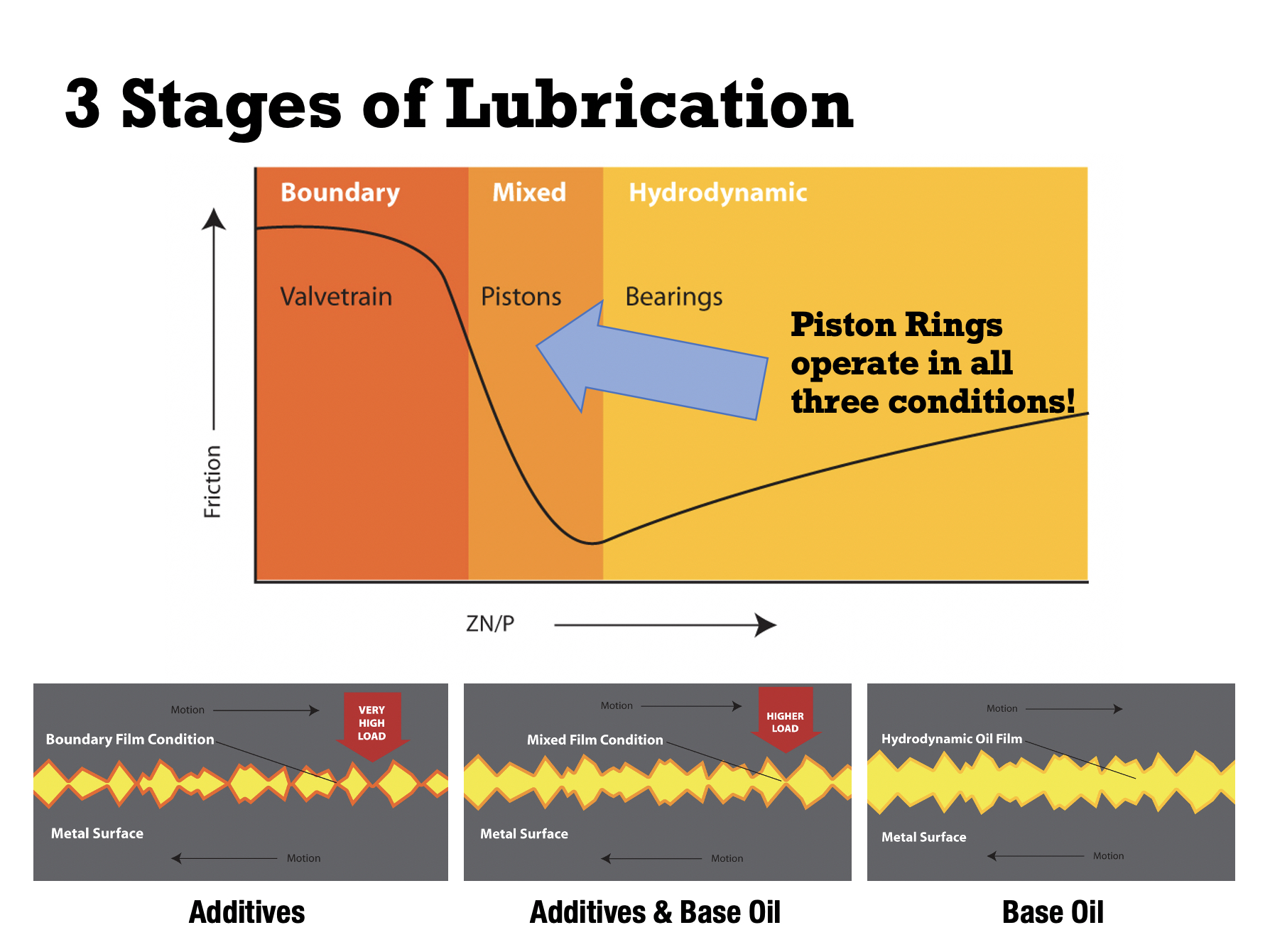 Because a piston has to change direction with each stroke of the engine, the piston rings accelerate and decelerate 250 times each second at 7,500 rpm. The constant changes in speed and load (due to the changes in cylinder pressure with each of the four engine cycles) create a unique and interesting phenomenon—piston rings require all three forms of lubrication during each engine cycle. Those three forms of lubrication are hydrodynamic, mixed-film, and boundary.

What Water Skiing Can Teach Us About Lubrication

As piston rings cycle back and forth in the cylinder, each cycle takes the piston ring through all three stages of lubrication. This cycling produces high levels of friction that rob horsepower from your engine. Fortunately, understanding how this occurs unlocks the secrets to reducing that friction, which, in-turn, unlocks hidden horsepower.

The tribologists at Total Seal use a tool called the Stribeck curve to engineer low friction piston rings. The Stribeck curve utilizes the formula Viscosity x Speed / Load to generate the lubricant film parameters. Thinking back to our water skiing analogy, the viscosity was the water. The speed was the velocity of the boat, and the load was the weight of the skier.

Following the logic of the Stribeck curve, as the piston nears top dead center on the compression stroke, the piston rings experience the highest load (from increased cylinder pressure) and lowest speed (as the piston comes to a stop). As a result, this is a source of high friction and higher wear.

As the piston begins to move down and accelerate (like the skier coming up from the water), both friction and wear decrease as the lubrication regime transitions from boundary to mixed-film and then to hydrodynamic.

Near mid-stroke the piston reaches maximum velocity (in some engines, this can be in excess of 100 feet per second). Due to those high speeds, friction begins to increase again as the lubrication parameter moves to the far-right end of the Stribeck curve. Taking all of this into consideration, Total Seal develops piston rings designed to overcome these frictional challenges. 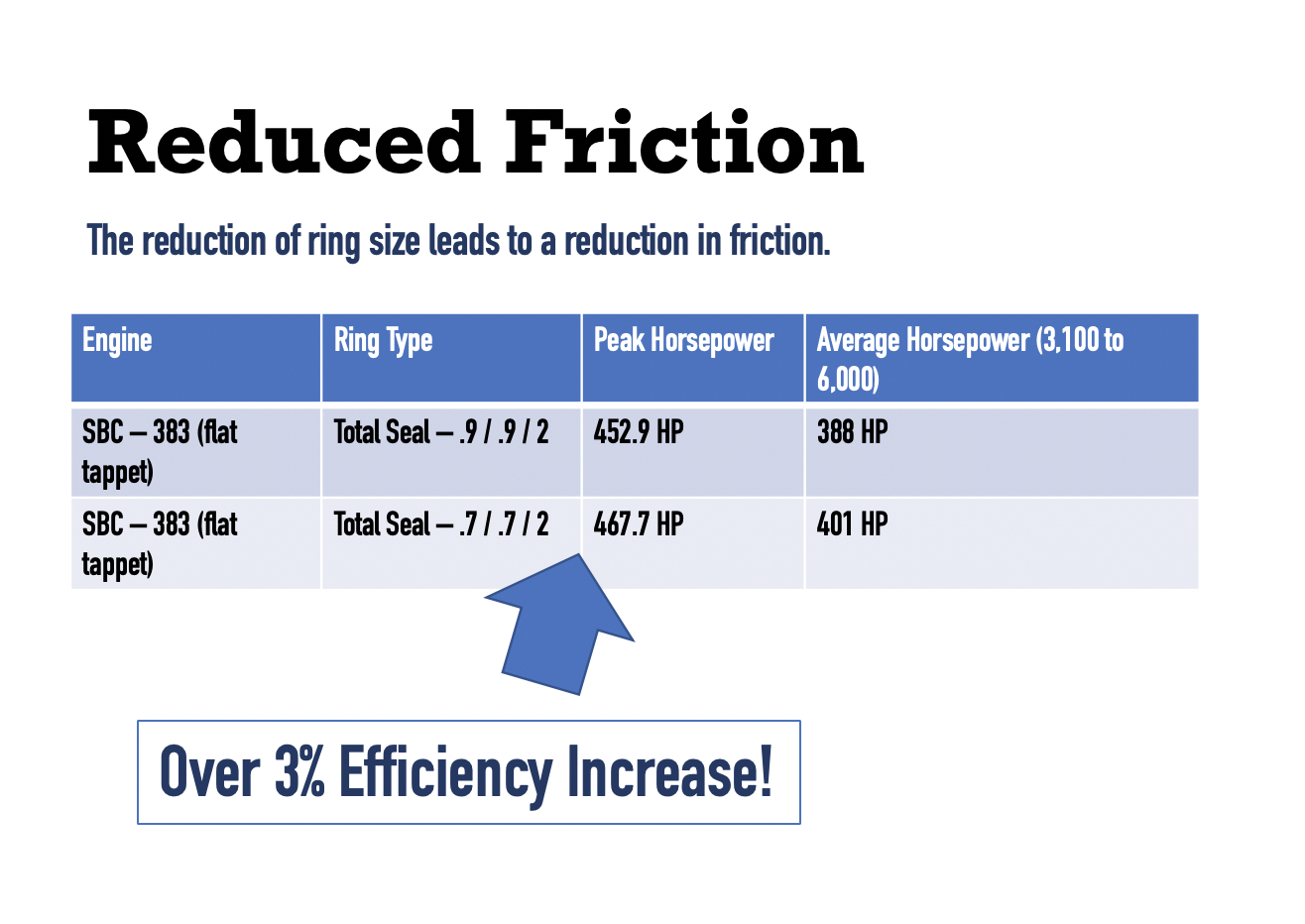 First, utilizing physical vapor deposition (PVD) to apply thin-film coatings on the face of the rings lowers friction in the boundary lubrication regime. The low friction coatings not only reduce friction, but they also reduce wear in boundary lubrication conditions. Next, smoother surface finishes increase load carrying capacity, which speeds the transition from boundary to mixed and then to full film lubrication. Finally, thinner ring profiles provide less hydrodynamic drag.

As you can see, tribology and piston rings go hand in hand, and ultimately, that means tribology effects engine efficiency. So the next time you pick up a piston ring, take a moment to consider what a remarkable tribological device it is.