Zora Reflects on His Extraordinary Achievements

Ever wonder where the "Z" came from in RPO codes like Z28, ZL1, Z06 and so forth? It stands for Zora in honor  of Zora Arkus Duntov the founding father of Chevrolet's extraordinary high performance legacy. The accompanying video interview was conducted many years ago at the Advanced Engine Technology Conference when it was still held in Colorado Springs. Zora has since passed on, but with interviewer Jim Mcfarland's kind assistance we are reshowing it here for readers who may not have had a chance to see it and enjoy an intimate conversation with Chevrolet's legendary performance leader. 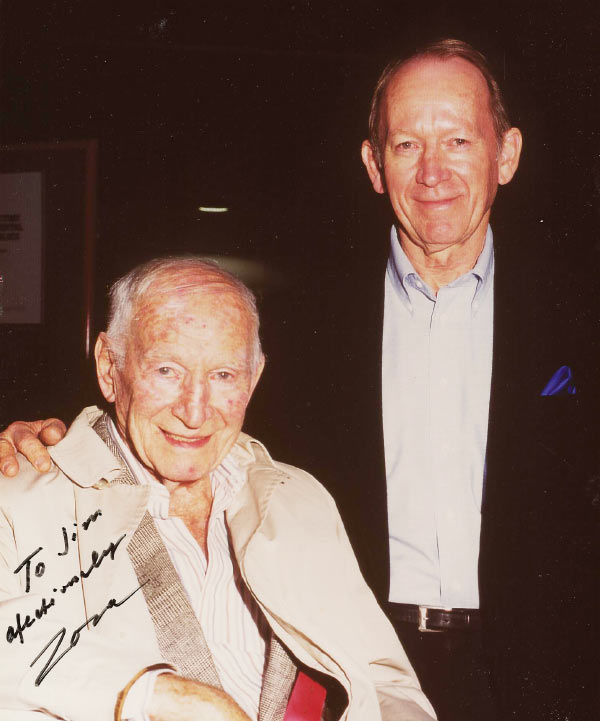 Because he and I are products of the College of Engineering at the University of Texas, although at  different times, Harold Bettes and I had a common academic background and friendship.  After a highly productive stint at a little (at the time) fledgling company named MSD ignitions while I was toiling at  Edelbrock, he moved on to another evolving organization in Colorado Springs, Colorado, named the Superflow Corporation. It was here that he birthed the concept of annually bringing together a hundred or more persons in global motorsports (engine builders, parts manufacturers and related stakeholders) into an activity that grew much larger over time, bearing the name Advanced Engine Technology Conferences (AETCs), now sponsored  by COMP Cams and a part of the Performance Racing Industry (PRI) Show in Orlando, Florida.  Harold also formed a Hall of Fame segment in the AETC program.  Each year, a single person was identified as having made major career contributions to motorsports and honored at the annual  AETC banquet, culminating each year’s conferences.  No, this column isn’t about Harold, but that’s the stage on which the following unfolded.

It was around 1990 and Harold called me.  While I won’t get the exact wording in that conversation (and  all the ones that followed), you’ll get the drift of what transpired.  It went something like this.

“Jim, we’re going to honor Zora as our Hall of Fame person this year.”

“Well, you made a good choice.”

“We also thought he’d be our keynote speaker at the banquet as well.”

“Good choice again.  But you might have a little problem with that because he’s a pretty private person.”

“That’s why I called you.  We figured you might want to invite him for us, given how long you’ve known him.”

“I can do that but don’t hold your breath that he’ll accept the invitation.” 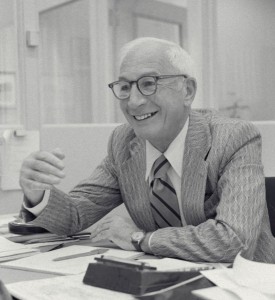 So I called Zora and, as usual, his wife Elfie answered the phone.

“Elfie, this is Jim McFarland.  Can Zora come to the phone?”

“Zora, this is Jim.  I got a call from the Superflow Corporation.  You know, the people who make dynos

and flow benches.  They hold some annual motorsports conferences in Colorado Springs and would like for you to be the keynote speaker at their banquet.  They will also be inducting you into their Hall of Fame.”

“How many people come to this banquet?”

“I don’t know, maybe three hundred or so.”

So now I call Bettes to inform him of what I figured would happen in the first place.  He’s clearly disappointed but says he understands.  A few days pass and Harold calls again.

“We’ve got another idea, Jim.  How about we put him on a little platform at the head of the banquet area, put some potted palm plants on the platform and include a couple of over-stuffed chairs and dim the banquet room lights…sort of a ‘living room’ chat atmosphere and let him talk about anything he’d like. Think that might work?”

“We’ll have one for him and one for the interviewer.”

“That may depend on who you have to interview him.  Who’d you have in mind?”

“Well, we were thinking you might do it.  Would you mind?”

Now I’m back on the phone with Zora, in this revolving door chain of discussions.

“Zora, Superflow is suggesting an alternative way for you to be at the banquet.”  I lay out the setting Bettes has described.

“Where is this again?”

“Colorado Springs, at the Broadmore Hotel.”

“Can I bring Elfie?”

“I think that can be arranged.”

When I arrived at the Broadmore, on the afternoon of the day before the banquet, Elfie and Zora are in  the process of registering at the front desk.  Zora invites me up to their room “for some tea” and conversation.  Specifically, it’s about 1:30p when I get to their room.  It’s snowing outside.  Elfie is sitting on the bed addressing Christmas cards when I suggest to Zora that we “practice” our interview for the following evening’s festivities.

It’s important to point out that at the time he and I had been friends for about twenty-five years, and I  thought I knew him pretty well.  However, as we began to talk and he started to share a variety of stores about his experiences at Chevrolet in general and racing in specific, I realized I’d been mistaken.  In fact, I became sufficiently absorbed that it was a surprise when Elfie finally said, “Don’t you think we should go downstairs for some dinner?”  We’d been talking for almost four hours.  Looking back, it’s clear how stupid it was of me to have not had a tape machine recording our conversation.  There would never again be another such opportunity. At any rate and true to their promise, Superflow erected the “stage” they’d promised.  You’ll see it in the video.  They also provided a smoking stand for Zora on which to park his cigarettes, smoked during the interview.  When I later asked Bettes why they did that (Superflow was a non-smoking company), his retort was, “Were you going to be the one who told him he couldn’t smoke?”

There were easily three hundred-plus banquet attendees. But when the interview began, all noise from the attendees silenced.  You didn’t hear any tinkling of water glasses or clicking of eating utensils or hushed conversations. It was dead quiet as Zora responding to a range of questions, in ways that only he was capable of responding. From a personal standpoint, I will share that in my many years in the industry, few if any tasks or  opportunities I’ve had were more difficult. As I watched him work to gather his thoughts and then share them (his mild stroke years earlier had taken its toll), I realized that this legend of a man would never again do such an interview. It was like a slice of automotive history passing in front of everyone in the room, as he willingly obliged us all by providing bits of information the majority of those at the banquet had never before heard. It was absolutely captivating.

And finally, after we finished and he had been called to the podium to accept his Hall of Fame plaque and accolades, he returned to our dinner table, sat down, leaned across in front of Elfie and whispered to me, “I liked yesterday afternoon better.”